For The Greater Good Of God

Religion is regarded by the common people as true, by the wise as false, and by the rulers as useful. 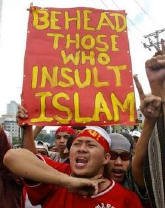 About religious fundamentalism and fanaticism, this rather long song is a typical Harris epic, with a fantastic instrumental part leading to blinding solos. The lyrics themselves are a sharp criticism of the worryingly spreading extreme religious views from various confessions. When a "man of peace", which is what a priest or a "good" believer of any faith is supposed to be at least if you are to believe the scriptures of most religions becomes a "man of holy war", the blind followers can become a destructive and uncontrollable force. Steve Harris is trying to rationalise all this throughout the song, but it is well known that "reason is the worst enemy of faith", as the saying goes.

Those dubious preachers with their "too many sides", encourage the distrust and all too often the outright hatred of whoever, as a people or individuals, does not follow the same faith or even have no faith at all! As Voltaire [16941778] so rightly put it, "those who can make you believe absurdities can make you commit atrocities". What is hard to understand is that the hateful actions sometimes undertaken in the name of religion are supposed to be done "for the greater good of God", as the powerful chorus of the song sarcastically reminds us. The pre-chorus itself asks essential questions that tend to be too often ignored, as religions are supposed to deal with life and spread a word of love. If this is the case, let's not forget what war is bringing death and hatred and let's remember once again what life is. There too Voltaire can appropriately be quoted when he wrote that you should "think for yourselves and let others enjoy the privilege to do so too" in other words, live and let live.

The three abrahamic religions of the planet Judaism, Christianity, and Islam all have their share of intolerance against one another, and history shows that it has been the cause of countless massacres and of the shedding of far too much innocent blood, even among different branches of the same basic faith. It would be pointless, and would take too long, to list all the atrocities and genocides sometimes attempted, other times successful like in the case of the Cathars who were eradicated by the Catholic Church (for more details, see another great Maiden song: 'Montsegur') committed for the glory of some god or another. Likewise, with the notable exception of Buddhism, non-abrahamic religions have also been encouraging the slaughter of many a people who didn't share the same religious ideals. Whatever god people may worship, human psychology explains otherwise seemingly illogical behaviours ("Their actions beyond a reasoning"), and the sheep-like aspect of most religious communities can appropriately be summarised by the following quote:

Collective fear stimulates herd instinct, and tends to produce ferocity toward those who are not regarded as members of the herd. 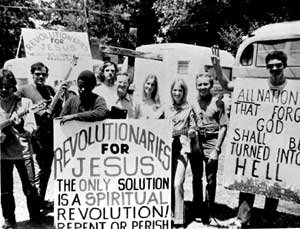 This "herd instinct" is often used by so-called religious leaders who instill fear into the minds of the people, making them easier to manipulate. The current US governments is using the same method, although on a more secular level, on its citizens with the "fear of terrorism", but priests have been using it for millenia. After all, even the Bible states that "the fear of God is the beginning of wisdom" (Psalms 111:10). This rather dubious affirmation is also repeated in the Torah and, although in different terms, in the Qur'an. Many dictators have used this fear quite efficiently by using religion to support the totalitarian rule of the state, as well as the fear of God as a weapon against those who otherwise would question their regimes. Likewise, some religious leaders have obtained great followings throughout history, and even today, by talking about sin, hell, damnation, and fear, and how any kind of disobedience to the god they pretend to serve can be "redeemed" by their intervention. As long as people will believe that they can be subjected to some kind of divine punishment or reward as well, like reaching Valhalla in the case of the Viking warriors of old, or receiving a number of virgins directly from Allah in the after-life in the case of the islamic murderers of innocent people those self-righteous Jewish, Christian and Muslim priests will continue to blurt out sermons about this god who loves one minute, and murders the next.

This herd-like collective fear can only be thwarted by individuality, as the basic beliefs of those groups are not necessarily wrong. It is simply that institutionalised practices and selfish interests tend to corrupt any kind of clear thinking, making it more difficult for organised religions to adapt quickly, whereas the individual believers most often can provided that they use their intellect as well as their faith. Naturally, as the most intelligent people are frequently those who tend to have a more critical view, all religions have been challenged, both internally and from the outside, by those who have an appropriate intellect and who make the effort to use it. As a general rule, education and intelligence oppose blind faith and unfounded beliefs, and intelligent philosophers throughout history have been trying to air whatever questions, doubts and concerns they may have had over the beliefs of popular religion. All too often, attempts to silence these people, by either murder or imprisonment, have been made by the accused authorities, although this seem to be a much less common practice nowadays at least in the Western world, and let's hope that this freedom of speech will also reach other parts of the planet, and not the opposite. 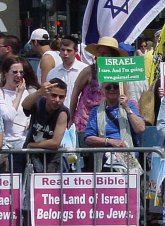 Obviously, intelligence allows an individual to doubt dogmas presented as facts, as well as unfounded assumptions, as it is well-known that assumptions and faith are among the main postulates of so-called "intellectual" religious beliefs ("The blind leading the blind"). However, it must be stressed that emotional belief is quite different, as intelligent people can also be religious due to social or emotional factors. An intelligent person can have beliefs in a god, but still remain critical and open-minded when it comes to institutionalised religion his or her own and that of others.

The apparent wave of fundamentalism that is currently washing over all religions, abrahamic or not, is however nothing new, and history shows that "dark" ages come and go, with periods of enlightenment. This song reflects on the emergence of one of those eras where the "greater good of God" seems more important than that of the people. The very last verse reminds us of one of the main creeds of the Christian Church although Jews and Muslims are equally concerned that a man called Jesus, whose historical existence is sometimes disputed but whose impact on our civilisation was tremendous whoever he was, supposedly died for "for all of those who never mourn his loss". As the song goes, "it wasn't meant for us to feel the pain again", but this was without counting on human nature, full of vindictive violence and unable to live in peace. The herd-like notion embodied by the phrase "the Lord is my shepherd" shows then its full significance and causes man to become a wolf for man, except that, here, the sheep are the dangerous ones!