A Matter Of Life And Death Tour 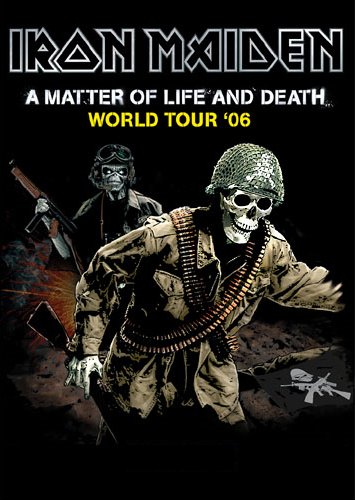 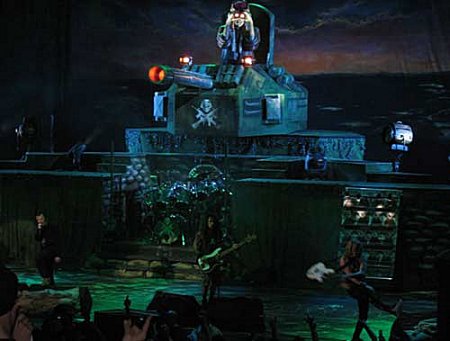 In the end of 2006 Maiden started the tour to support their new album A Matter Of Life And Death. The set list till the end of the same year is concentrated mostly on the new material. Most of the fans reacted very skeptical to that.. After all the band announced that this is only a special part of the tour and its meant to promote the album and to prove that the songs are 100% played live.
In March the band continues the tour, visiting countries like United Arab Emirates and India for the first time. Maiden announce that in celebration of their 25 anniversary from the release of the number of the beast all the summer dates will be under the banner a matter of the beast.. This means that 5 songs from the cult album will be played along with 5 from the new one. In top of all there also will be a lot of classicsFor an unknown reason in the A atter Of The Beast. Tour only for of the five promised songs from The Number Of The Beast ere played. After all the band did a crushing tour. We cannot forget the stage setup which is aways inspired from the album cover.arbed wire , trenches and bunkers ate the theme of the stage this time. The show is opened with a good intro reminding me of some old war movie from the late 50s. Debris and a half destroyed building behind the drums turn the stage in to a battle zone. During the song the Iron Maiden Eddie appears on stage (as usual). This time he is more impressive than ever. The corpse mascot I coming out from a giant tanks gun turret. In a Flash the stage is turned in to a giant tank.

On This Tour Steves daughter Lauren made her appearance. Her band was an opening act on the European and Japan tour.

Encore:
2 Minutes to Midnight
The Evil That Men Do
Hallowed Be Thy Name