Best Of The Beast Artwork

The cover is made by none other than Derek Riggs. It is a nice overview of a bunch of Eddies who are out to get you!

This vover revisit some major artworks that Derek did for Maiden. The original idea for combining a bunch of Eddies, came to Steve Harris at the X-Factour, when he saw some unofficial T-shirts that had all the Eddie faces so far. The band took this idea and made official shirts from that. 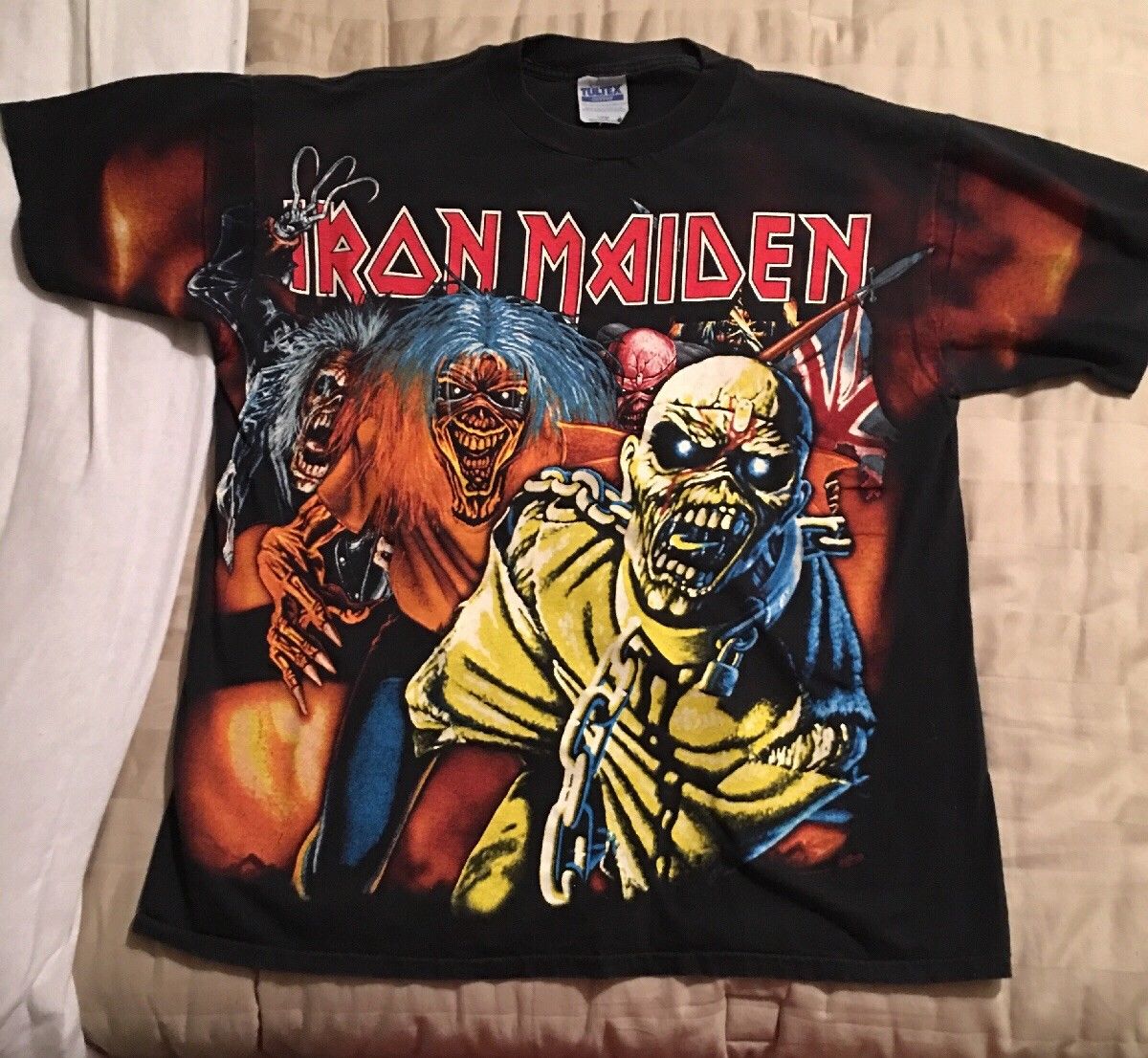 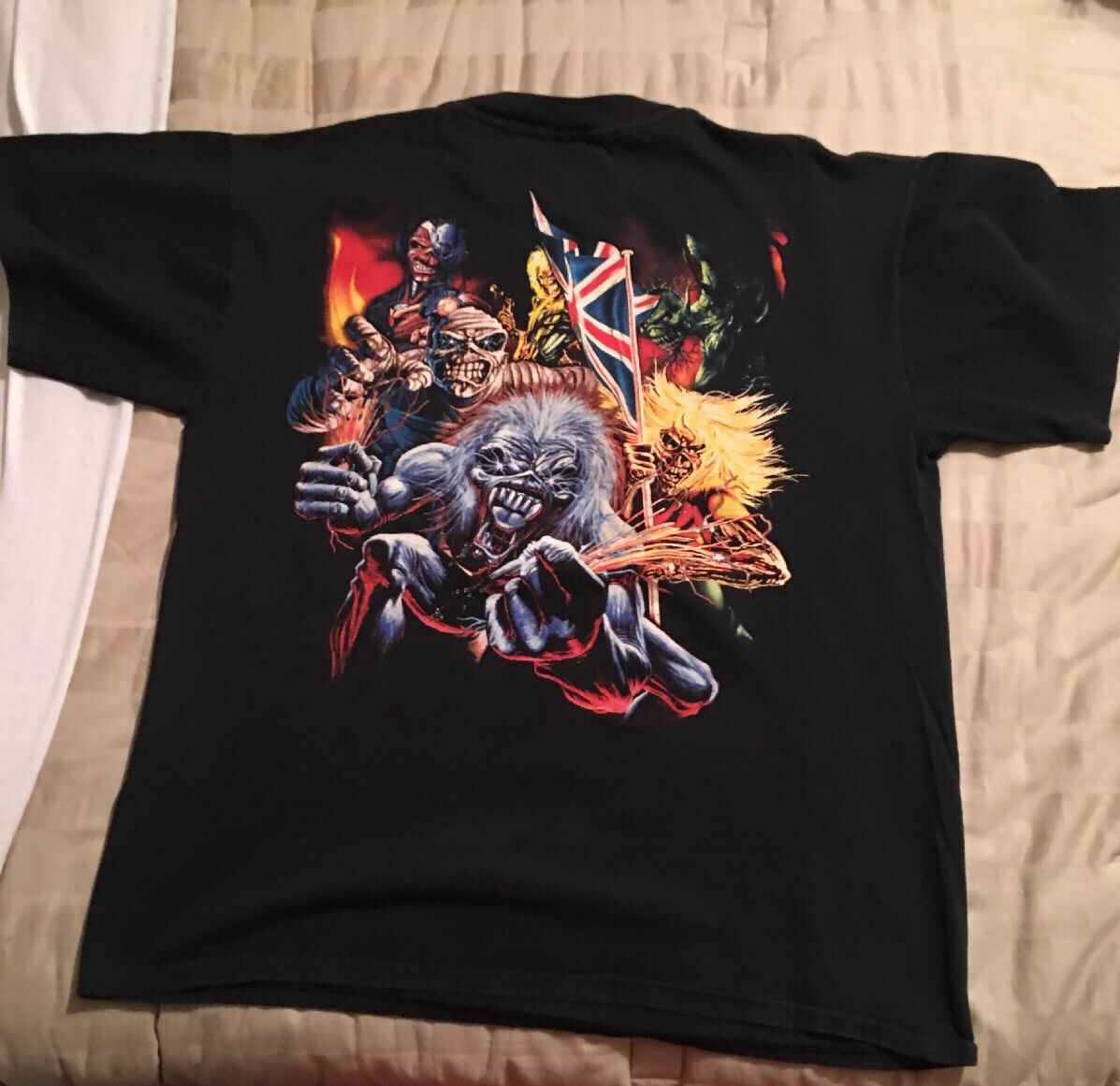 Derek had painted something different for the compilation but he based himself on the t-shirt illustration to make the cover for the Best Of The Beast album. On the one hand, the band wanted Derek to make some kind of patchwork of all the previous covers, but on the other hand, they didn't want him to simply paste them together as they were originally. So the final result was this amazing artwork.

We clearly can recognize the regular Eddie as seen on the “Iron Maiden”, “Killers” and “The Number of the Beast” albums. Also the bareheaded straightjacket freak from the “Piece of Mind” album. The Mummy and the resurrected Eddie from “Powerslave” and “Live After Death”, and the cyborg from “Somewhere in Time”. We also see the vicious Eddie from The “No Prayer For The Dying” tour poster. It is strange but we also see “The Trooper” Eddie which is actually a single and not an album artwork. We have to agree that it is epic single artwork and it is worth to be on this compilation, but why are we missing an Eddie from “Seventh Son Of A Seventh Son”. Steve himself admits in an Interview that he is not really happy with the Eddies from Seventh Son Era, maybe this is the reason!

Fun fact is that Derek was bored of drawing Eddie covers and by that time he wasn’t making artworks for Maiden that regularly. He was not really happy with the idea of making a new one, based on the old ones. That’s why wrote "Not Again!" on the tombstone on the cover, which EMI forced him to change to "Eddie 1975-?"