We are thrilled to announce the release of IRON MAIDEN’s 17th studio album Senjutsu on September 3rd through Parlophone Records (BMG in the USA). It was recorded in Paris with longstanding producer Kevin Shirley and co-produced by Steve Harris.  [ ... ]

IRON MAIDEN revealed their brand-new track, The Writing On The Wall, with an eagerly anticipated global YouTube video premiere. The song was written by Adrian Smith & Bruce Dickinson, produced by Kevin Shirley and co-produced by Steve Harris.  [ ... ]

Iron Maiden have teamed up with BrewDog for a new lager, Hellcat. The “feisty” new 6% ABV India Pale Lager will be brewed in Columbus, Ohio, and is going to be exclusively available in America online and via select retailers later in the year.  [ ... ]

According to our Greek friends from ironmaidenfc.gr, Iron Maiden will visit Athens on July 16, 2022.
The date has not been officially confirmed by the band, but according to an interesting advertisement by the promoters - High Priority Promotions, we  [ ... ]

Recorded on the Turks & Caicos Islands in February 2020, produced by Richie and Adrian and mixed by Kevin “Caveman” Shirley, this nine track opus is a consummate collaboration between these two highly respected musicians who co-wrote all the  [ ... ]

Iron Maiden return to Rock In Rio to headline the prestigious opening day of the 2021 Festival on Friday September 24th. Bruce Dickinson says: “When we were offered the chance to return to Rock in Rio and play the opening night next year of cours [ ... ]

Blaze Bayley will release his 11 studio recording ‘War Within Me’ on 9th April 2021 Pre-orders are available now at the webshop www.blazebayley.co.uk in 6 options including CD, Vinyl and Deluxe Fanpack. The album is produced by Blaze Bayley and [ ... ]

BMG are thrilled to announce that two of rock’s most admired musicians have joined forces for an exciting new side-project. Smith/Kotzen is the electrifying collaboration between guitarists & vocalists Adrian Smith & Richie Kotzen. Part-tim [ ... ]

NIGHTS OF THE DEAD, LEGACY OF THE BEAST: LIVE IN MEXICO CITY
Parlophone Records (BMG in the USA) are pleased to announce the release of IRON MAIDEN’s new double live album on November 20th worldwide. Containing over 100 minutes of classic Maiden mus [ ... ]

Parlophone Records will issue a very special limited edition 12” vinyl version of Iron Maiden’s iconic self-titled debut album on October 9. The release honours both the 40th anniversary of the album, which came out on April 14, 1980 and reached  [ ... ]

I hope you and your loved ones are staying safe and well, wherever you may be, and my continued thanks to you all for bearing with us so patiently. Due to the continuing health issues Worldwide around Covid-19 we regretful [ ... ]

According to Footy Headlines, British heavy metal legends IRON MAIDEN have teamed up with Brazilian brand WA Sport for three soccer shirt designs, based around the covers of the MAIDEN albums "Piece Of Mind" (1983), "Powerslave" (1984) and "Fear Of T [ ... ] 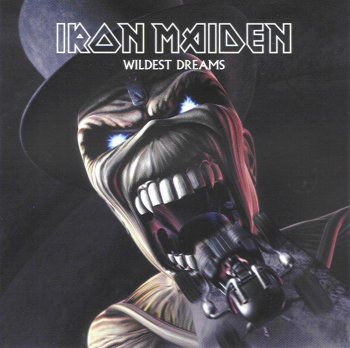 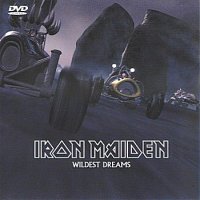 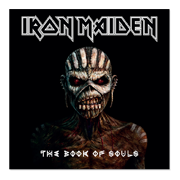 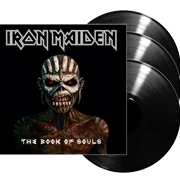 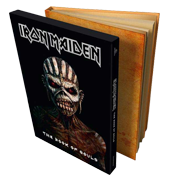