Introduce yourself with just few words

My name is Nikola Petras I am administrator of the website and I am in the fanclub since the beginning. I guess it is not necessary to say how big Maiden fan I am. I also work as a Graphic and Web designer wich helps me a lot with my work at the Fan club

Well it was back in 1994 when I heard a silly tape compilation named Best Rock Ballads , and there I heard Strange World. An year later my uncle took me to the Maiden gig in Sofia wich was my first concert. And the rest is history

Which are your favorite Iron Maiden Albums?

„The Number Of The Beast" , „Seventh Son Of A Seventh Son" , „Somewhere In Time" and all the rest.... And the next one

Definitely "Somewhere In Time". I still remember how I stared at the cover and the details for weeks. Other favorite is "Aces High".

Well all the concerts of the band are definitely the best thing. But also listening to a new album for the first time is also a nice thing.

The cancellation of the show in Sofia back in 2000 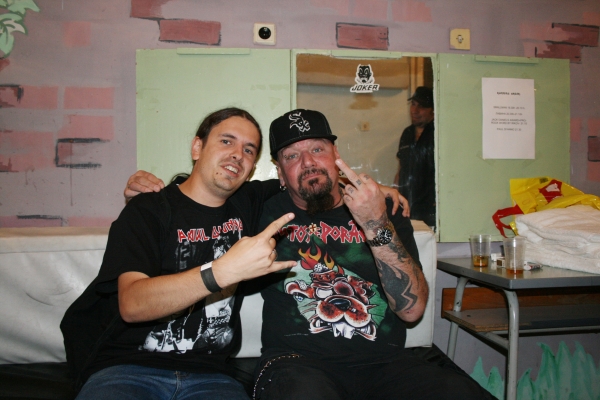 How many Maiden shows you have attended?

If we are speaking for an item I think is the „Eddie's Archives" box, but ii think my participation in the fan club is much more important for me.

That they are Satanist

Well, probably I would try to change this common practice with identical setlist on the whole tour 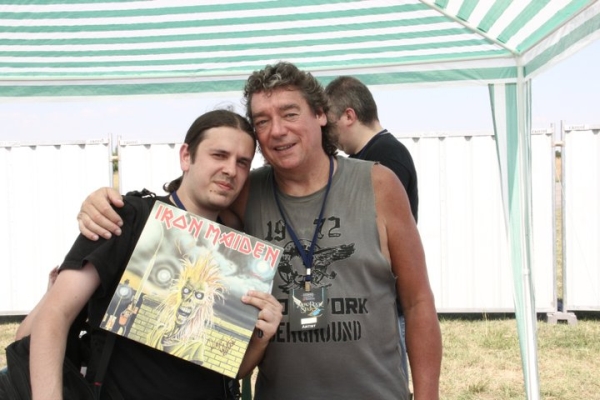 It's like everyone else- the love for the band. And the reason why I am still working for the club is the pleasure of meeting people that think and have the same interest as me.

What is the most pleasant memory with the fan club ?

The travel and the concert in Cluj – Romania in 2010. Then the friendship that we have between us sealed and from a fan club we've became one big family. 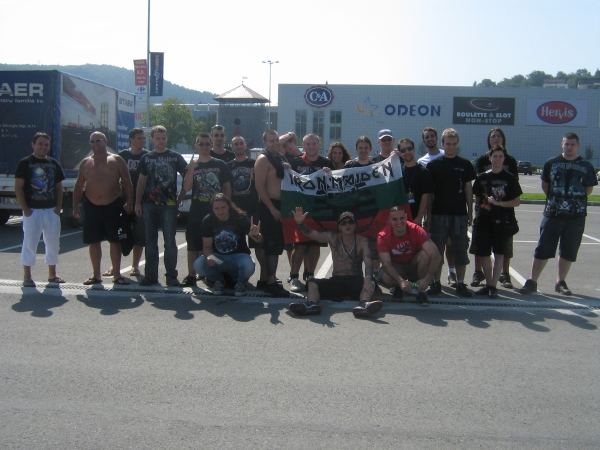 Back in 2008 the company that was responsible for our trip to Athens canceled the trip just a week before the concert, because we were not enough people. The we took everything in our hands and we are not sorry about that. We had a lot of emotions and good memories, but it's definitely the thing I remember the most because it was really hard to do it.

Every single member of the fan club

What is the thing that can make you hate Iron Maiden and stop listening to their music ?

I'm not sure that there is such thing

And after all "Way Maiden"?

Because nothing else is much more worth it

Why did you decided to collect Iron Maiden items?

I have not decided, it just happens. But unfortunately this is a really bad habit. Because before you know you will be spending a loads of money for albums that you will never listen to. 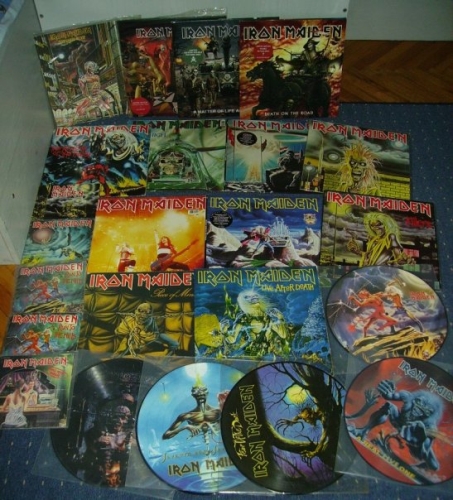 You are an executive-chairman of the fan club. Is it hard to run such a fan club and what are the difficulties you are face with?

There are always difficulties but the work with the fan club brings me joy and it's easier to handle all these difficulties.

What are the main steps for organizing a trip for a concert in different country? You are looking forward for everything to go smooth in every moment or you are anxious to enter the arena and see the band from the first row?

The preparation for such trip are done months before the concert and everything changes within hours. There are many thing to take care off and responsibility is huge. The main goal of the fans is to get to the certain venue on time witch depends from me in some way. I have to check if everyone's papers are valid and sometimes even I have forgotten my passport. After all the experience is great, especially when we are returning from a concert when everyone is happy filled with energy. Don't get me wrong usually in every trip I'm on the edge of mental disorder and i'm overloaded with work but for now everything has been okay.

Are there moments when you wanted to quit with the Fan club? And why?

Yes, but I will never do it. Because during those years I have met all kinds of people – greedy, jealous, backstabbers, liars, thefts, morons and simple idiots, and I was not sure if I need to do anything for them. But at the same time I found the most dedicated and true fans, and real friends which I will never betray. 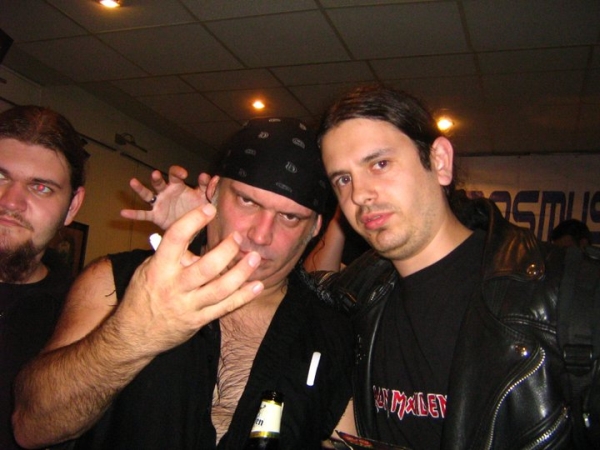 Which is the most absurd thing you heard from a fan asking about the fan club?

"If I join the fan club will I meet the band? Can I get a free concert ticket?"

What do you think is there any chances someday the fan club to meet the entire band?

Not everything depends on us but for us is important to do everything right and we can hope for positive results.

If you have the chance to meet someone from the band and have a drink with him , who will you choose and what you will talk about?

Definitely Steve Harris and will not talk for Maiden at all.

Tell us something about you that we don't know or we forgot to ask you?

I'm also interested in photography. I'm photographer for the concert portal RockLiveBg.com and sometimes I write the reviews. Despite Maiden I'm not listening to any other heavy metal band from the 80s. I listen to much more newer bands and mainly Black and death metal.