LIVE AT THE RAINBOW 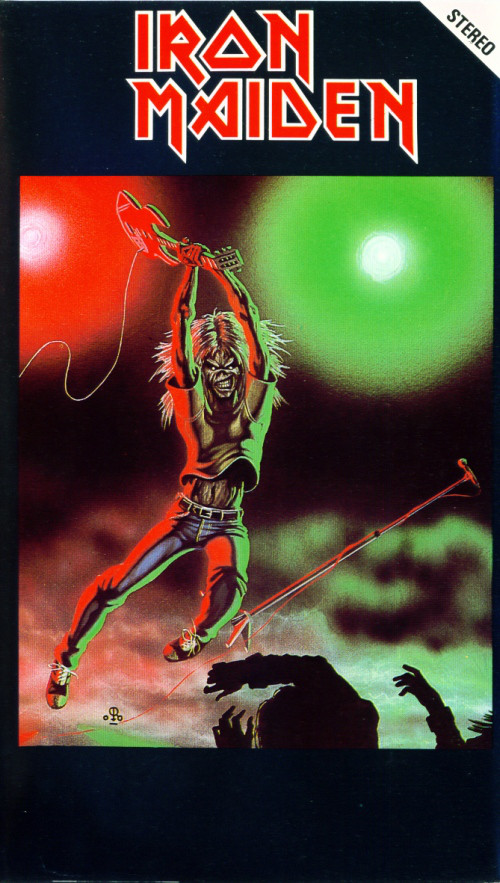 Recorded: 21 December 1980
Released: 11 May 1981
Tracklist:
1. Ides of March
2. Wrathchild
3. Killers
4. Remember Tomorrow
5. Transylvania
6. Phantom of the Opera
7. Iron Maiden
Lineup:
Paul Di'Anno – vocals
Dave Murray – guitar
Adrian Smith – guitar
Steve Harris – bass
Clive Burr – drums
This is Iron Maiden's very first official video and some of the earliest live footage of the band. It was entitled quite simply Iron Maiden and was recorded at London's Rainbow Theatre on 21st December 1980 – this is why it is also known as Live At The Rainbow. There is an interesting anecdote about this video: they experienced technical difficulties – one of the sound lines went down about halfway through the show – and half of the set had therefore to be played a second time. This is documented on the Before The Exile bootleg. The highlight of this video is certainly "Phantom Of The Opera", which is one of of Maiden's very best songs. Other interesting features are a completely alternate set of lyrics for "Killers" and the three spotlight-waving Eddies on stage during "Iron Maiden". This is 30 minutes of Iron Maiden's live raw power from the beginnings of the band.
The following text appears on the back of the video box:

Less than a year ago Iron Maiden were a promising new band playing London'sclub circuit. They are now a major headline band in two-thirds of the world. This videofilmed at the Rainbow, London on December 21st 1980 shows the power, aggressionand sheer musical ability that have taken Iron Maiden so far so fast. An Iron Maidenconcert is not for the faint hearted, nor is thisvideo...
G.K. (2.2.81)

This concert was made available for the first time on DVD in 2004 with the release of the Iron Maiden History – The Early Days DVD.