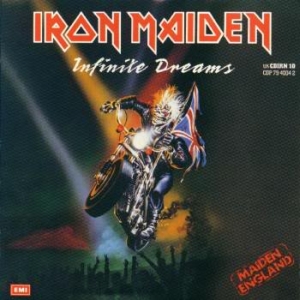 Unlike The Clairvoyant single, the tracks from the Infinite Dreams single were recorded at the Birmingham NEC on the 27th and 28th of November 1988, and the only other place they can be found is the rare Maiden England video and CD. 'Still Life' is especially great because this is the first officially released live version of the song. This is also the first official version of 'Killers' with Dickinson singing.