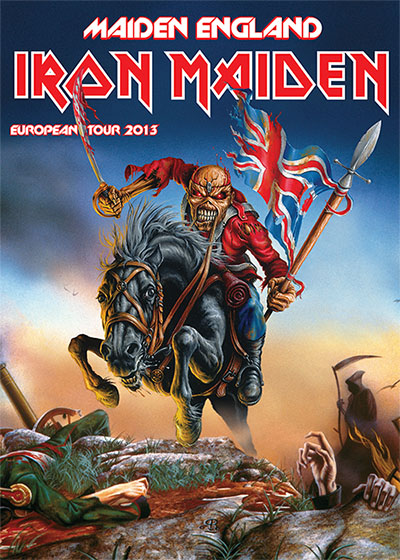 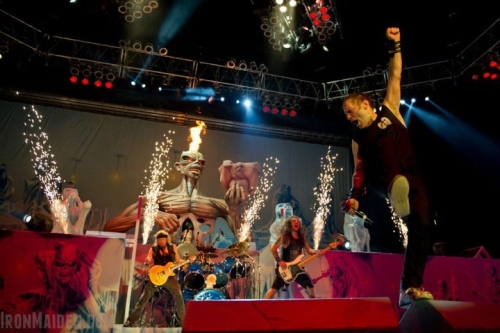 The Maiden England World Tour began on 21 June 2012 in Charlotte, North Carolina and will end on 2 October 2013 in Santiago, Chile. The tour's setlist and stage show is largely based on the original 1989 concert video of the same name, shot during the 7th Tour of a 7th Tour in 1988, which was re-released in 2013. Because of this, the tour's setlist consists almost entirely of the band's 1980s material, with a particular focus on their 1988 album, Seventh Son of a Seventh Son.
The opening section of the world tour took place in North America from June to August 2012. With 34 dates in its opening leg, this was Iron Maiden's most extensive tour of North America in over 12 years and was subject to critical and commercial success. In 2013, the band continued the tour with worldwide dates. This will include an appearance at Download Festival, notable for being their record-breaking fifth headline performance at Donington Park, a return to the Rock in Rio festival in Brazil, and their first concert in Paraguay.