According to The Sun, Cheshire family brewer Robinsons, where IRON MAIDEN's new beer, Trooper is being made, is having to work a six-day week to keep up with demand.

Over 100 countries have applied to stock the band's special cask ale, and Robinsons, is brewing three batches a day for the first time in its 175-year history. Over a 250,000 pints have been pre-sold in the U.K. alone ahead of the May 9 release.

Robinsons' David Bremner said: "We haven't spent a single penny on advertising. This is history in the making for brewing."

Bruce Dickinson said: "They said why don't you do a lager? I said no! We are a quintessentially British band. If you're going to start with something and do it properly, it should be an ale. We were really keen to get stuck into the brewing process and not just have our name plonked on the bottle. I was impressed with Robinsons because they didn't instantly jump all over the idea. In fact, we ended up having to audition for them."

Interesting news regarding the sale of this special ale in Bulgaria will be announced soon! 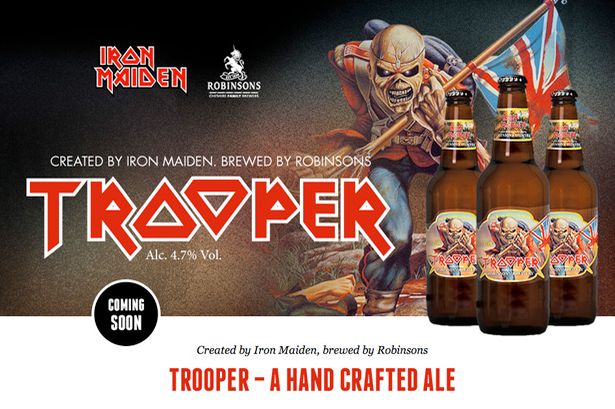