According to BocaNewsNow.com, Justin McBrain, the 20-year-old son of IRON MAIDEN drummer Nicko McBrain, was arrested early this morning for allegedly burglarizing an occupied dwelling and 2nd degree petit theft. He is being held on $25,000 bond in the Palm Beach County Jail.

A Palm Beach County Sheriff’s Office spokesperson tells BocaNewsNow.com that deputies responded to a West Boca home after receiving a call that McBrain forced his way inside. The female homeowner reported that McBrain knocked repeatedly and then pushed his way in when the door was opened. McBrain allegedly rifled through the woman’s purse, taking a half-eaten chocolate bunny, half of an orange — which he consumed in the home — a belly ring, cosmetics, and a freezer pack.

As previously reported, Nicko McBrain's wife Rebecca is due in court on May 3 to defend herself against allegations that she attempted to stab her husband, then threw logs at him at her Boca Raton, Florida home. 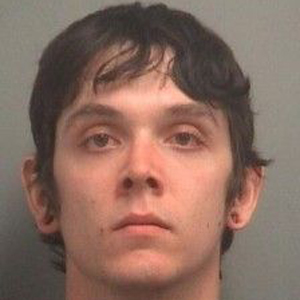