According to Amarillo.com, West Texas A&M University professor Martin Jacobsen recently fused metal music and literature classes by using the "Out Of The Silent Planet" track off IRON MAIDEN's 2000 album "Brave New World" during a class exercise, presenting visual diagrams of lyrics construction with the music playing at the same time.

"The students were mad for it," the professor tells Amarillo.com. "They just thought it was crazy and they loved it. I threw it out there just as an offhand comment one day — 'What we ought to do is have a class in heavy metal' — and there was universal agreement from the students in the class, like, 'Yes, we should actually do that.'"

The class exercise was such a hit that Jacobsen is now teaching a new course called "Introduction To Literature: Heavy Metal As A Literary Genre". The professor explains that many metal lyricist have been inspired by some of the greatest writers of all time.

"You constantly see these nods to the intellectual tradition that these writers, these lyricists come from," he said. "It's connected itself and grounded itself in literary tradition. Therefore it's reasonable to conclude that it is a form of literature as well as a form of music. In much the same way, you might say country music is a species of folklore."

22-year-old student Eric Bauer, who got really into heavy metal in middle school with METALLICA, thinks heavy metal is a broader genre than it gets credit for.

"In the lyrics of heavy metal, you can write about anything," he said. "Social issues, the human experience, wizards and dragons — if you're interested in a subject, there's probably a heavy metal song about it." 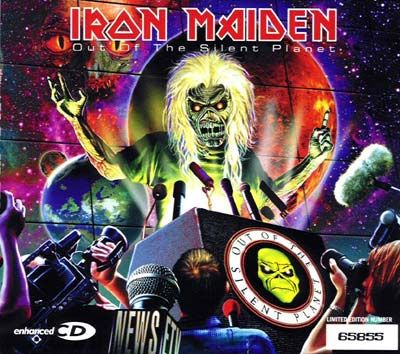