Former IRON MAIDEN singer Paul Di'Anno has recorded a song with the Paraguayan metal band RUSHMORE. In 2008 RUSHMORE was the band that supported Di'Anno on his Latin American tour. After a lot of negotiations, RUSHMORE was finally able to get their old friend to collaborate with them on their new album.

The first single from the CD, "Kingdom Of Demons", is available for streaming below. (Note: The track doesn't feature Di'Anno.) 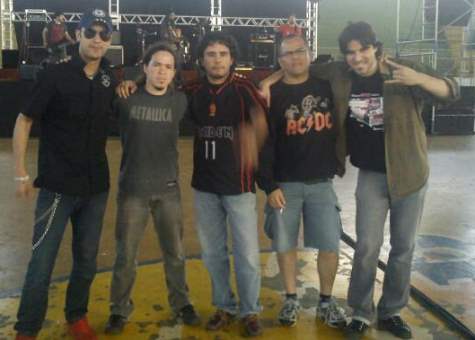