Steve Harris will be taking his new solo/side project British Lion out on the road next month visiting fourteen countries and twenty four cities across Europe, starting in Portugal on Feb 21. For the first time ever, and as a major surprise to many, Iron Maiden's bass player, founder member and leader will be taking temporary leave from his Maiden activities and heading out on a full European Club tour.

Steve comments "I love touring and live shows and I'm very excited about touring with British Lion. It's fantastic to get out there and once again experience the sheer vibrancy of small clubs with the fans right up front and in your face. I think the fans will enjoy that too. It's exciting, going back to the roots, and it's going to be fantastic. We are taking this to clubs all round Europe - a full club tour, with club shows at club prices, hot, sweaty and loud . We have no idea how many people will turn out to see us as it's obviously very recent and very new, so we have kept the venues small with tickets priced accordingly as low as we reasonably could.

I've known all the guys in the band for ages and, besides being great musicians, they are also good friends, which is lucky because this has been an ongoing project for many years! They've had to be very patient with me as, of course, I'm so involved with Maiden I don't really get a lot of free time to work on other stuff. So it's great to finally have the opportunity to get out and do all these shows. The reaction to the album has been really good and I think it will sound great live. We're all planning to have a lot of fun on this tour!" 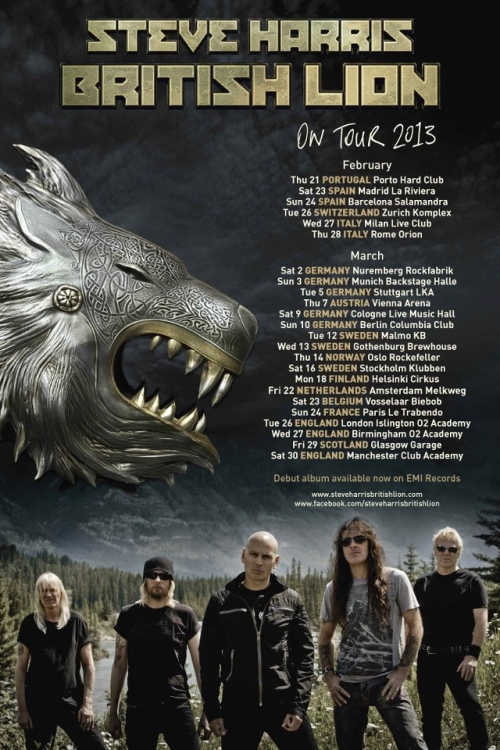