IRON MAIDEN are pleased to announce that their forthcoming new studio album will be called 'THE FINAL FRONTIER', and is expected be released late summer of this year.

The announcement comes with news of a North American Tour with Very Special Guests Dream Theater to open in Dallas, Texas, on 9th June and finish in Washington D.C. on 20th July, making it Maiden's most extensive North American tour in many years. 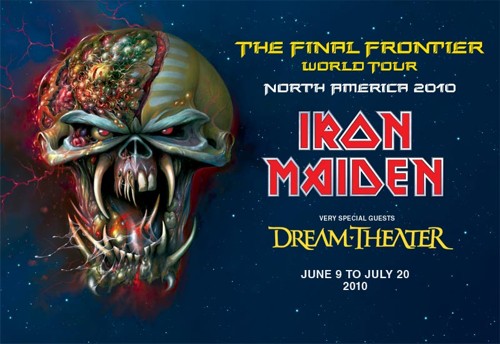