IRON MAIDEN frontman Bruce Dickinson received an honorary doctorate in music from Queen Mary university in London, England on Tuesday, July 19. He was presented by Professor David Baker of the Centre For Neuroscience And Trauma in honor of Dr. Dickinson's contribution to the music industry

Dickinson, 52, actually received a degree in history from the same college in 1979. His parents wanted him in the army, but he told them that he wanted to get a degree first. "That was what they wanted to hear so that was my cover story," he later said. "When I got down there, I started immediately finding and playing in bands."

Multi-talented Dr. Dickinson is not only a musician and song-writer, author, film script writer and TV broadcaster, also a champion fencer, entrepreneur and commercial airline pilot. In 2006, Dr. Dickinson flew 200 U.K. citizens home from Lebanon during the Israel-Hezbollah conflict in his converted Boeing 757.

Queen Mary is one of the U.K.'s leading research-focused universities, offering a broad range of degrees in humanities and social sciences; medicine and dentistry and science and engineering, with over 14,000 undergraduates, 2,000 postgraduate students and 3,000 staff. 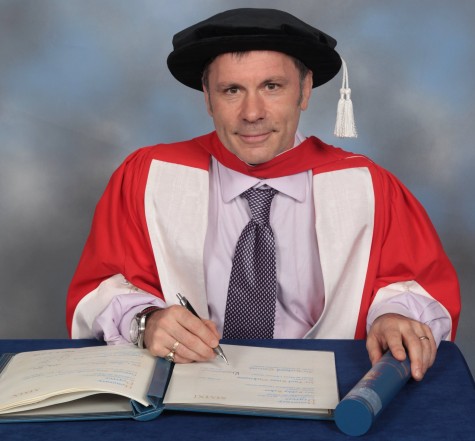