It's #TShirtFriday and we're excited to reveal our 2017 UK tour shirt! 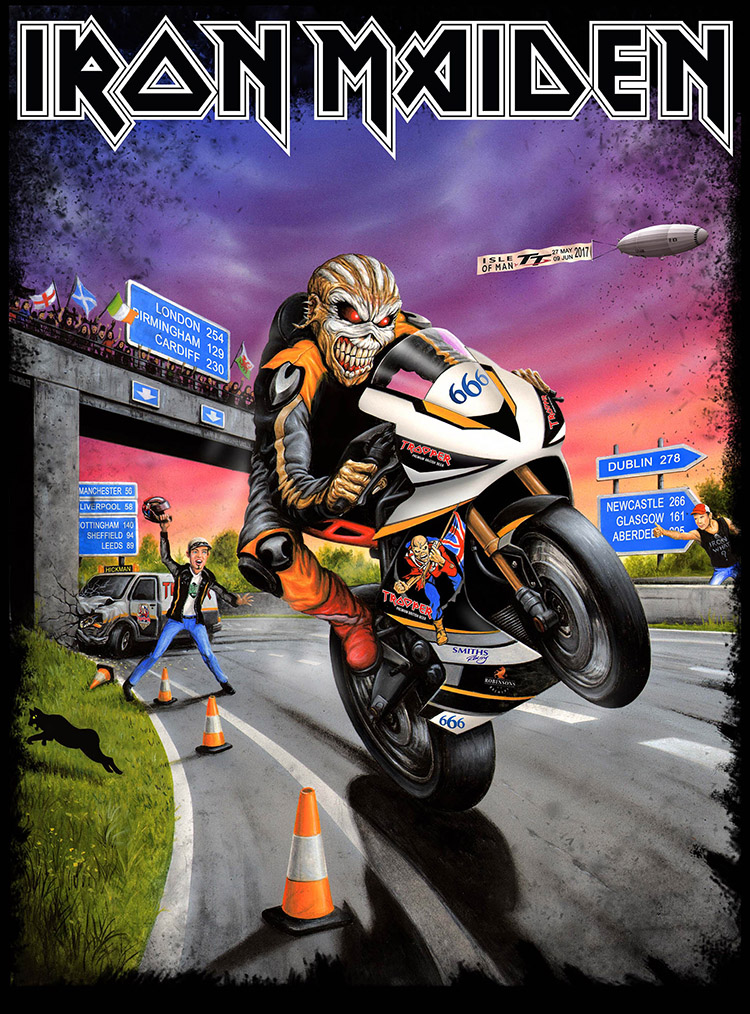 Maintaining the Maiden tradition of having some fun with our tour art, the UK shirt depicts Eddie aboard the 'Trooperbike', bombing down the motorway headed for the Isle of Man TT. Yes, he's moved on from the old Maiden England chopper and got (stolen!) himself something a bit sportier and faster! 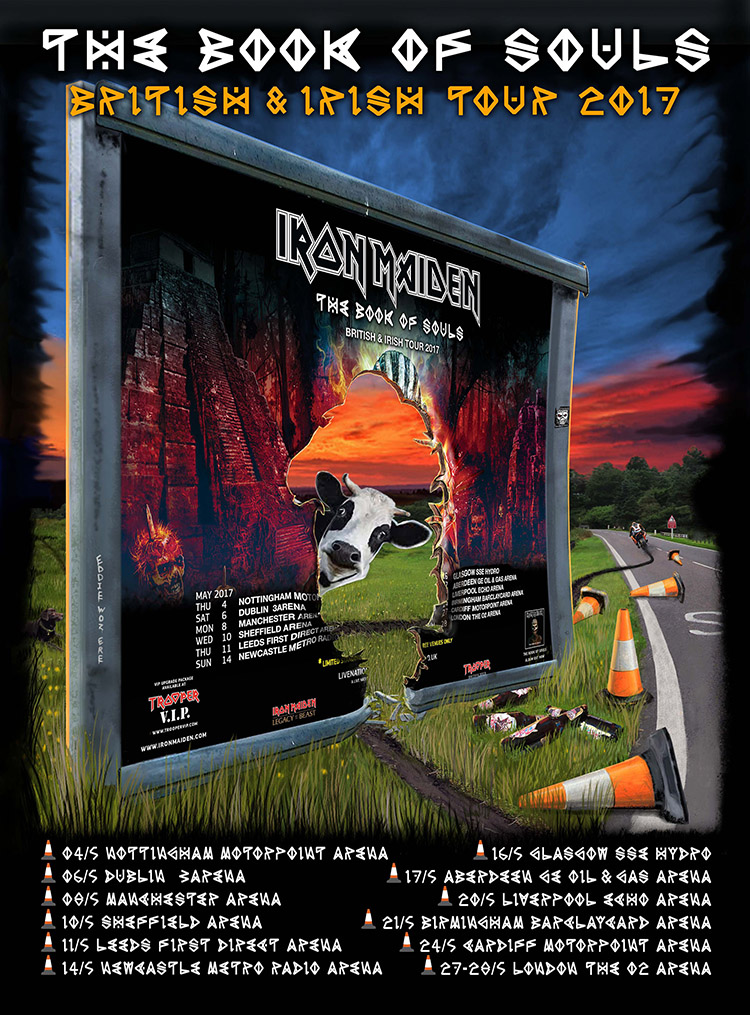 In the real world, the Trooper Triumph by Smiths Racing will be campaigned on the roads by Peter Hickman at the Northwest 200 and the Ulster Grand Prix, as well as the TT. This is the third year that Trooper has been a sponsor, and the first time on a British bike. Previous outings have seen podiums for Hicky at the Northwest and the Ulster, with huge gnarly fingers crossed for more success this year.

Follow Hicky on Twitter @peterhickman60
---
If you'd like to avoid the queues, carrying a spare shirt or having to get changed in the loos, the new UK shirt is available to pre-order here along with selected items from our 2017 tour merchandise range - at the same price as at the shows. 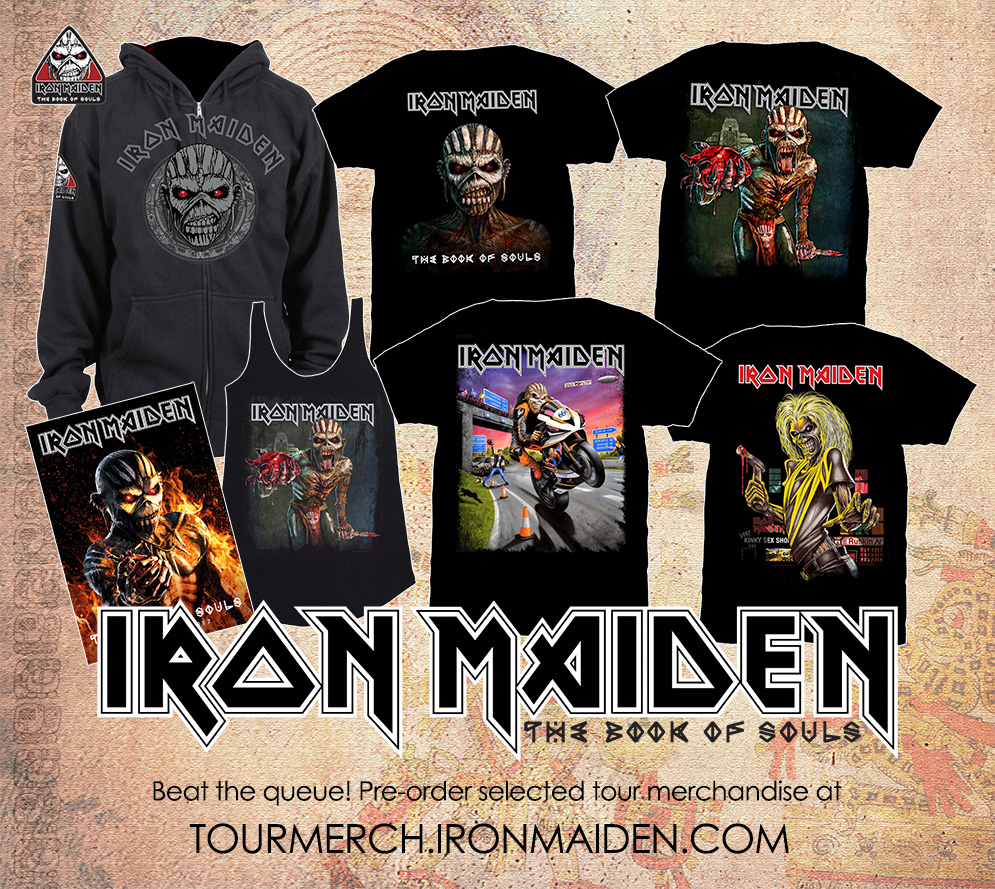