See the show - play the game!

As we let Eddie out of his cage for the final leg of The Book of Souls World tour, his digital doppelganger makes a debut in Legacy of the Beast. 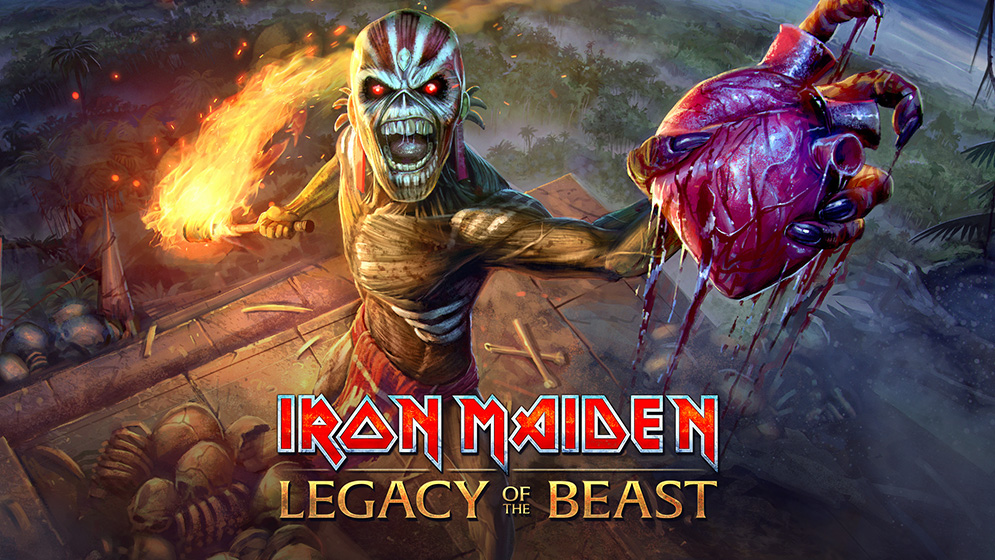 The techno-bods over at Legacy of The Beast HQ have been working hard on an epic Mayan-themed battle arena, where your squad of characters can do battle with other players to climb the global leader-boards and claim unique in-game prizes.
The new arena is closely based on the TBOS stage set's ancient pyramids and stone statues, with the whole thing taking months to create. The Killer Krew would like to point out that they can knock the real deal up in a few hours, the LotB techies argue that their virtual version is faster to load-in and doesn't need a fleet of trucks to move it around. Settling this argument in a player-versus-player battle seems to be the only way to go…

More awesome stuff will be coming to Legacy of the Beast over the next few months, including Clairvoyant and Trooper Eddie characters, along with Social Chat and new world 'Night City' - inspired by early Maiden and London's East End. If you want to check it out, just grab Legacy Of The Beast (it's free) from the Apple App Store or GooglePlay.