British Lion will be doing a short UK club tour in December on the following dates,

Tickets are on sale now. Support at all shows will be Voodoo Six And Nine Miles Down.

Steve Harris says,
“I’m in the UK in December and thought it would be great to take British Lion out on the road for a few shows while I’m here. We haven’t played any in England since 2017 and as most people know, I love getting out and playing live whenever I can, so this seemed a good opportunity to fit some dates in. The set-list will be a mixture of songs from the first British Lion album and new songs from our upcoming second album which is due to be released early next year. We’ll be announcing full details of that very shortly.” 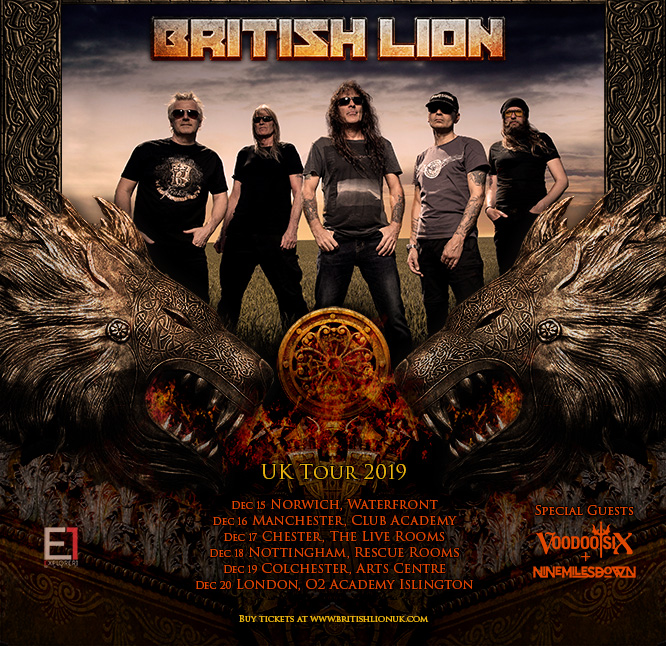