Bucharest, Romania-based metallers GOODBYE TO GRAVITY have recorded a cover version of IRON MAIDEN's 1988 classic "The Evil That Men Do". Originally on MAIDEN's "Seventh Son Of A Seventh Son" album, the song was reinterpreted in GOODBYE TO GRAVITY's own style and features modern twists like growls, massive riffs and down-tuned guitars.

GOODBYE TO GRAVITY's debut album, which is due out November 26 via Metalfan Records, was produced and mixed by Alex Pascu and was mastered by Jens Bogren (SOILWORK, OPETH, KREATOR). The band played at this year's Summer Breeze open-air festival in Dinkelsbühl, Germany after being selected from over 2,000 unsigned bands from around the world for the yearly New Blood Award. 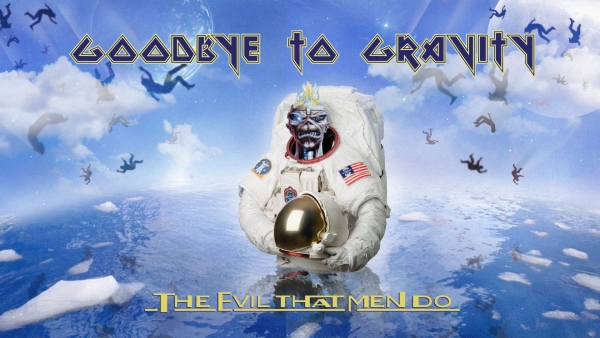