Iron Maiden have teamed up with BrewDog for a new lager, Hellcat.

The “feisty” new 6% ABV India Pale Lager will be brewed in Columbus, Ohio, and is going to be exclusively available in America online and via select retailers later in the year.

“I’ve been looking for the perfect partner with whom to bring a fresh, exciting beer to the U.S.,”  Bruce Dickinson tells American Craft Beer. “I’ve long been an admirer of BrewDog, not just because of their beers, but also of their attitude and style. When I met the BrewDog team, we discovered the respect is mutual, and that we could make an undeniably unique beer together.”

“We’re thrilled to partner with a world-renowned rock band like Iron Maiden,” adds James Watt, CEO and Co-Founder of BrewDog. “Iron Maiden, like BrewDog, have maintained their spirit of independence throughout their stellar career. Hellcat is a hop-forward lager with a golden hazy appearance and crisp finish – an epic beer worthy of this massive collaboration.” 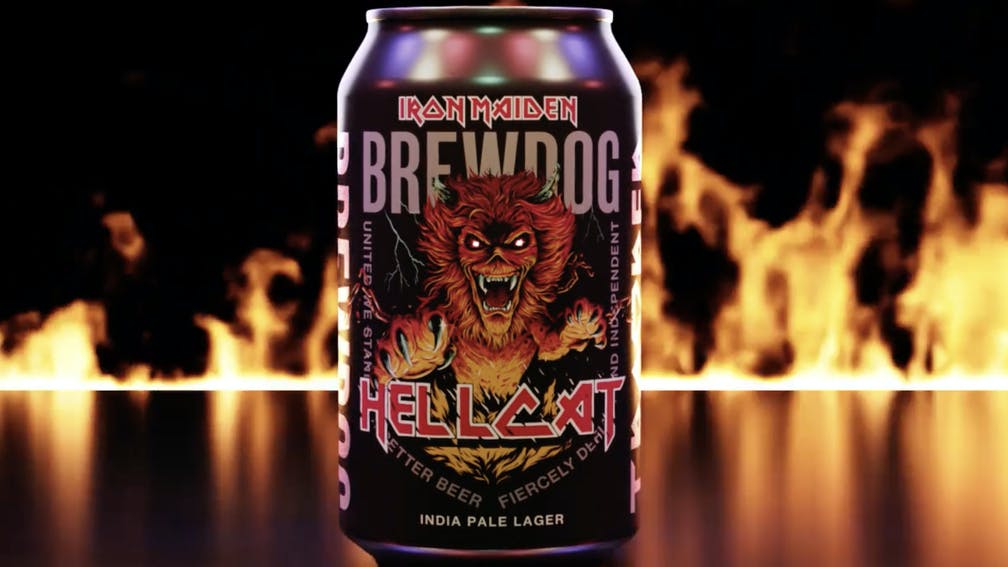