The Number Of The Beast 40th Anniversary Cassette

Parlophone Records (BMG in the US) will mark the 40th anniversary of Iron Maiden’s chart-topping third album, The Number Of The Beast with a commemorative cassette release on 18th March 2022 (25th March in the US).

This seminal recording, first released in the UK on 22nd March 1982 - and the first to feature Bruce Dickinson as vocalist – catapulted Iron Maiden to international stardom and set them on course for the spectacular trajectory of success which the band continues to enjoy and develop to this day.

The cassette is comprised of the 2015 remastered recordings of the original eight songs on the album as listed below, with front cover colour art based on the 1982 C-60 cassette release plus a re-designed & updated inlay. Ultimately it’s a tribute to a watershed album that sold in its millions in record stores all around the world; a celebration of those bygone times and a fitting souvenir for the fans who have loyally followed the band ever since.

You can find some pre-order links here or just ask your local record shop. In the USA the cassette is an Independent Record Store exclusive, and you’ll be able to find stores and availability here. 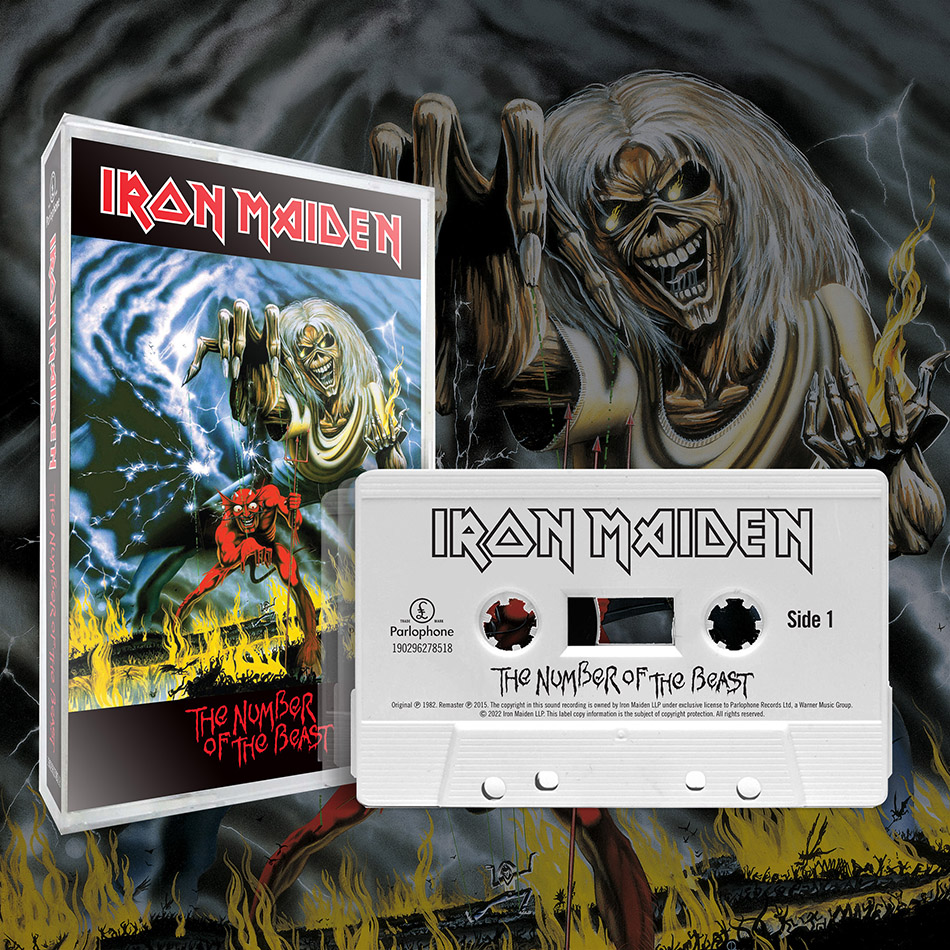