Warner Music (BMG for the USA) are delighted to announce the release of a commemorative triple black vinyl album in honour of the 40th Anniversary of IRON MAIDEN’s seminal third album, The Number Of The Beast, which was also the first to feature Bruce Dickinson on vocals and was to become the record which catapulted the band to international stardom. Included in the new vinyl package is Beast Over Hammersmith - available now officially for the very first time on vinyl - featuring the live concert from March 1982’s now legendary Hammersmith Odeon London show from the Beast On The Road World Tour. Recorded only days before the release of The Number Of The Beast album, its remarkable to think these now classic songs at that time were still brand new, unfamiliar and being heard live by fans for the very first time. A real piece of history in the making.

Disc 2 – Beast Over Hammersmith
Side 3:

Disc 3 – Beast Over Hammersmith
Side 5:

The package features exclusive liner notes written by Maiden founder and bassist Steve Harris as well as restored and expanded artwork taken from the CD format of Beast Over Hammersmith, previously only available in the Limited Edition Eddie’s Archive boxset originally released in 2002.

“On this vinyl release we get the chance to put Total Eclipse in its rightful spot on the album for the first time. The reason it didn’t make it in the first place was that it was all a mad rush when we were finishing the record and we had to get the Run to the Hills single out before the tour and we basically had to pick a B-side and it was between Gangland and Total Eclipse and we just picked the wrong one, really! I think Total Eclipse is a stronger song and the album would have been stronger if it had been on there.”

To pre-order the album 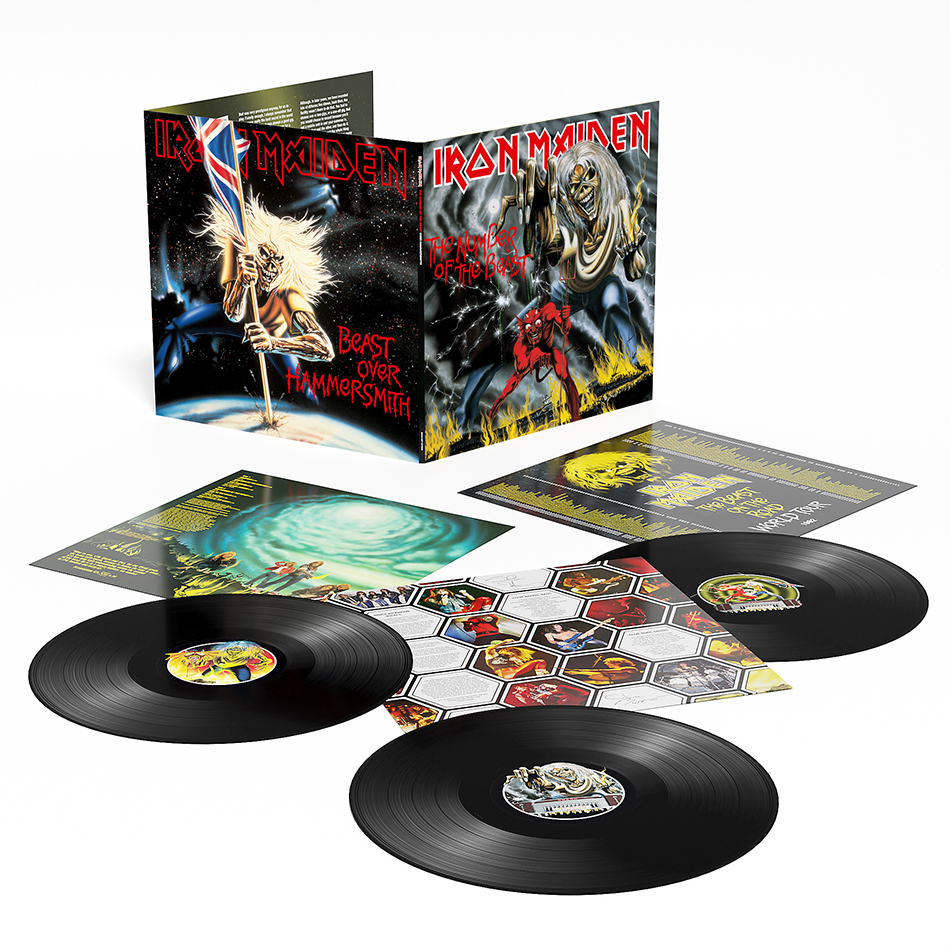