"Tortured Tone", the new video from PRIMAL ROCK REBELLION, the project featuring IRON MAIDEN guitarist Adrian Smith and SIKTH frontman Mikee Goodman, can be seen below. The song comes off the band's debut album, "Awoken Broken", which was released in the U.S. on April 17 and in Europe on February 27 through Spinefarm Records. 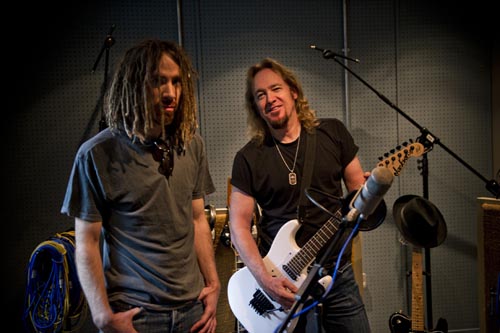