IRON MAIDEN released a video from their upcoming live DVD.

It shows the band performing Blood Brothers, and you can see it below.

The video is taken form En Vivo!, which is to be released on Blu-Ray and DVD by EMI on March 26.

It was filmed on April 10, 2011 at the Estadio Nacional in Santiago on the Around The World in 66 Days leg of The Final Frontier tour.
Fan-club "Iron Maiden Bulgaria", metal bar "The Black Lodge" and "Animato Music" / EMI are pleased to invite you to the "En Vivo" release party!

The event is on March 29 (Thursday). And attendees will be able to watch the concert in the bar, to win some CD's and DVD's provided by "Animato Music / EMI", or buy the album on special price. The party starts at 9 PM , entrance free. 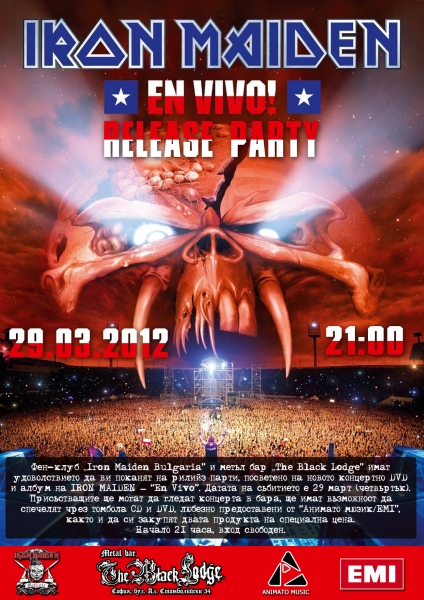