THE NUMBER OF THE BEAST - 30 years anniversary

30 years ago a band and their album changed the course of heavy music and turned it into what we know so far. On March 29, 1982 was released IRON MAIDEN's great album "The Number Of the Beast" . To this day it is still one of the best in their discography and a favorite to many fans. Many musicians admit that they have started with music because of this album. Others admit that the record was as a example for how a great album should sound.

The ideal date to tribute this immortal album is on April 21 announced for official Maiden Day 3 years ago with the release of FLIGHT 666. Let's meet in the Metal pub "Hrubesch" after 7 PM and finish the party after 10 PM in metal bar The Black Lodge, where we will hear the entire "The Number Of The Beast" album, and the video background will be Beast over Hammersmith.

If you cant join us feel free to tribute the album wherever you are and however you can! 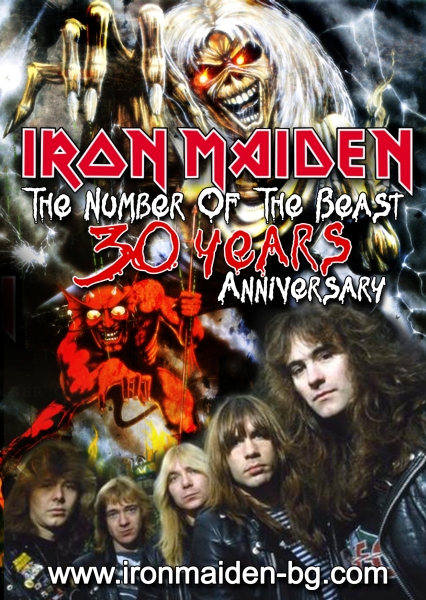