Having recently completed the North American leg of the MAIDEN ENGLAND WORLD TOUR, one of the most successful rock tours of the summer, IRON MAIDEN will now be storming across Europe in 2013 playing stadiums, major festivals and arenas with this critically acclaimed show. The first date to be announced is at the UK's Download Festival on Saturday June 15th when Maiden return to the legendary Donington Park to headline for a record FIFTH time! (following 1988,1992, 2003 & 2007). 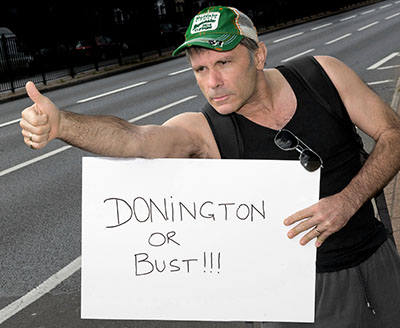 That achievement is equally significant as 2013 is the 25th anniversary of Maiden first topping the bill there in 1988 when the festival was known as Monsters Of Rock attracting 107,000 fans, which is still the highest attendance ever at Donington. This was during their Seventh Son Of A Seventh Son tour, from which the current tour draws much of its inspiration for both set list and production as seen in the 1988 long form concert video 'MAIDEN ENGLAND', making this Download appearance even more unique!