Maiden frontman tells Classic Rock he's halfway through writing process. Iron Maiden frontman Bruce Dickinson is working on what will be his seventh solo album. The vocalist tells Classic Rock he has about "half an album" written and that he plans to warm up for Maiden's 2016 world tour rehearsals by working on more of his own material. And he reveals that If Eternity Should Fail, from current Maiden album The Book Of Souls, was originally penned with his solo album in mind.

Dickinson says: "I'm looking forward to getting stuck into some sensible rehearsals. I may even sneak off and do some solo songwriting because I've got half of an album on the blocks.
"If Eternity Should Fail was originally intended as one of its tracks. But it could be a cool, relatively unchallenging way of pre-warming up the voice before I go into Maiden rehearsals. So making some noise that way first could be a possibility." 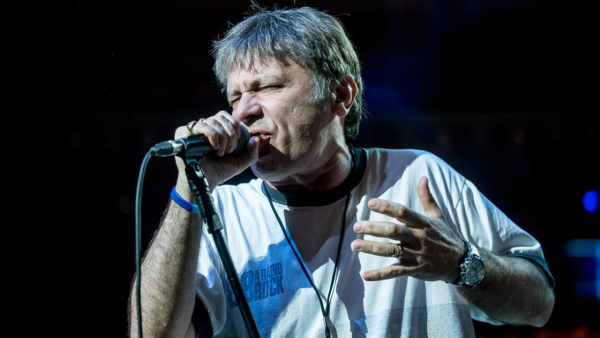