IRON MAIDEN Singer BRUCE DICKINSON's Memoir To Be Published In 2017

HarperNonFiction and Dey Street will publish IRON MAIDEN singer Bruce Dickinson's memoir in autumn 2017 in hardback, ebook and audio, with a paperback to follow in 2018.

Bruce says: "It was flattering to be approached to write a book about my experiences and it seems an appropriate time to do this as I will have plenty of time on tour next year to work on a book. I am sure flying the 747 out round the world on tour will add to the tale with some unusual scenarios!"

Dickinson is a true polymath. In addition to being one of heavy metal's most storied and well-respected lead singers, Bruce is a qualified airline pilot, an aviation entrepreneur and motivational speaker and has been a world-class fencer, a published novelist, movie script writer and a radio broadcaster. His book will be a rock memoir like none other, taking in his thirty years with MAIDEN, his solo career, the weird and wonderful places and situations he's found himself in, and his recent battle with cancer.

Bruce is currently preparing for a massive world tour with IRON MAIDEN in 2016 following the recent release of their critically acclaimed new double studio album, "The Book Of Souls", which debuted at No 1 in over 40 countries. He is also using his simulator at Cardiff Aviation to learn to pilot the massive Boeing 747, Ed Force One , which will carry the band, crew and equipment over 55,000 miles round the world for concerts in 35 countries. 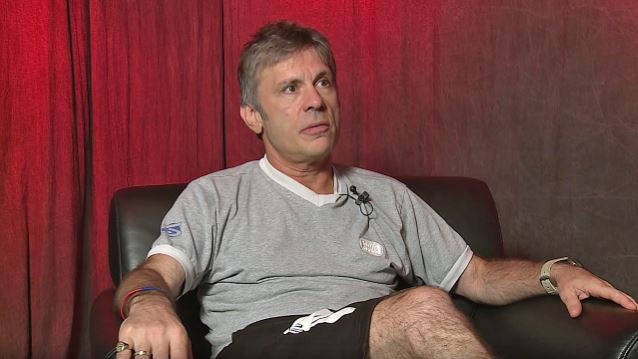