Rock legends IRON MAIDEN, whose new studio double album "The Book of Souls" just debuted at No 2 in Australia and New Zealand, will make a massively anticipated return to Australasia at the end of April on their enormous Boeing 747-400 jumbo jet Ed Force One, piloted by vocalist Bruce Dickinson and carrying band, crew and stage production and equipment.

Returning to New Zealand after seven years, Maiden will play 2 shows, April 29 in Christchurch at the Horncastle Arena followed by May 1 at the Auckland Vector Arena.

Tickets for all shows go on sale at noon local time Thursday September 24.

As usual, there will be an exclusive pre-sale for IRON MAIDEN Fan Club members, starting Thursday September 17, details of which can be found here. Fan Club members will also be eligible in the draw to be 'First To The Barrier'.

Tickets for the Christchurch show will be via the authorised seller Ticketek New Zealand – www.ticketek.co.nz

Tickets for the Auckland show will be via the authorised seller Ticketmaster New Zealand – www.ticketmaster.co.nz

Tickers for all the Australian shows will be via the authorised seller Ticketek – www.ticketek.com.au

Both Iron Maiden Management and the Promoters Dainty Group urge the Public to only buy tickets from the authorised Agency's listed above. 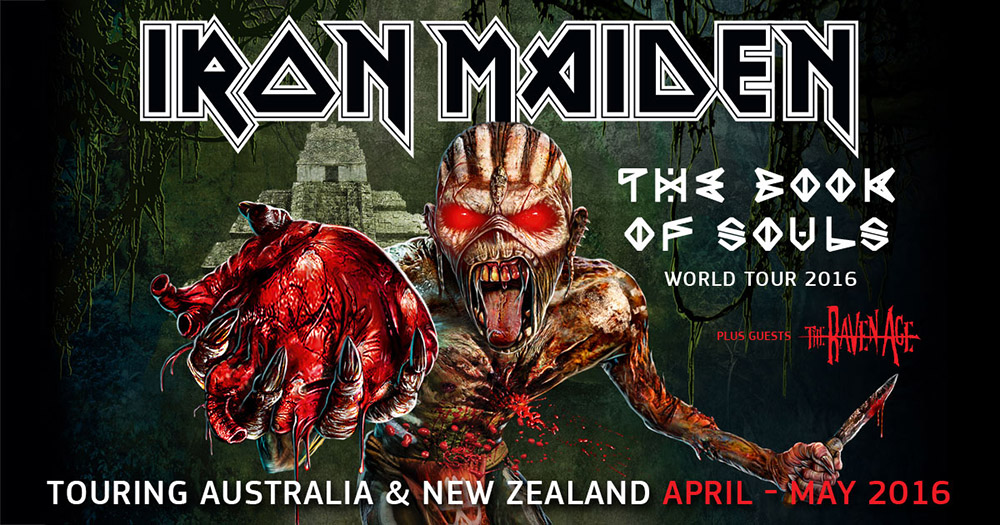