Iron Maiden's 16th album is complete and ready to go – but the launch has been delayed while Bruce Dickinson recovers from his cancer treatment.

The band announced last week that the frontman had completed a seven-week course of chemotherapy and radiotherapy after a tumour was found on his tongue last year.

Now drummer Nicko McBrain tells 98.7 The Gater: "We have made an album. It was ready to go this year – and still is. We were planning on going out and doing some work around the album.

"We're all just holding on. Once Bruce is up and running, hopefully in the next couple of months... you never know when this might happen."

He says of his bandmate's recovery: "All the treatment went exceedingly well. He was in amazing spirits, considering the brutality of the radiology – he had three chemo sessions. So it's been pretty hard."

McBrain adds that he and his colleagues were "blown away" when told of Dickinson's illness, but that the singer was "in great hands, not only with his family but with his oncologists and all the people that are working with him. They were all very positive, as Bruce has been." 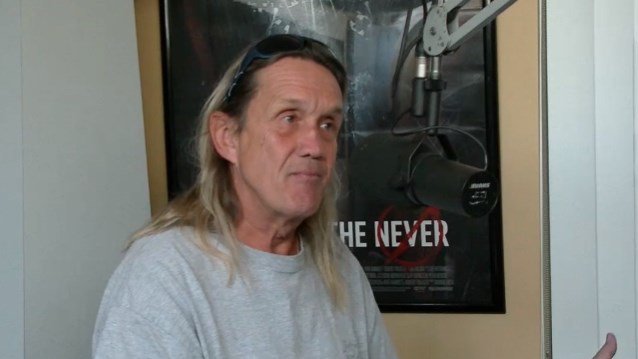