No Prayer For the Dying album 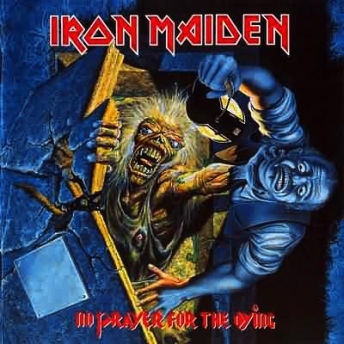 The first thing to say about No Prayer For The Dying is the departure of Adrian Smith and his replacement with Janick Gers. It was sad to see Smith go, for both his playing skill and song-writing talent. However, the show must go on, and it does.

Many fans dislike this album, and I can understand many of the reasons why. With a few exceptions, the song-writing is a bit weaker and the lyrics are somewhat shallower than on previous albums. The sound quality is excellent (the album was digitally recorded), but many of the songs are missing that intangible quality that creates a deep and compelling mood.

In addition, Dickinson appears to be experimenting with a different singing style which is rougher and raspier than before. This is not necessarily bad in and of itself, but I still prefer the clear and powerful style of the past.

Recorded at:
Steve Harris' Barn, somewhere in England on the Rolling Stone Mobile

Remixed by:
Simon Hayworth at Chop 'Em Out (1998 re-release)

Janick would like to thank Lois and Boleslaw Gers for having him, Andrea, Yvette, Chris, Mick and especially Sandra for putting up with him

Special Thanks to Michael Kenney Keyboards

Up the Irons No Prayer For The Cup?