No Prayer On The Road 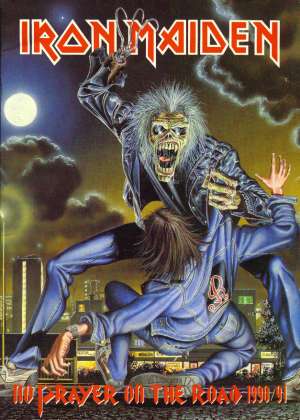 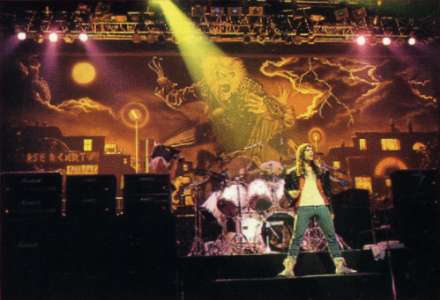 With the release of “No Prayer For The Dying” , Iron Maiden returned to their rock roots. The stage set was stripped down and the only real stage prop was a giant screen behind the drum riser. To replace Adrian Smith, the band brought in ex-White Spirit guitarist Janick Gers who rivaled both Steve and Bruce with his onstage energy. In addition to his own, he handled all of Adrian's solos and also played played a short unaccompanied solo at the end “22 Acacia Avenue”. I know that at some point “The Prisoner” was part of their list, but was dropped for unknown reasons. The band also stopped wearing spandex at this point, replacing it with a more normal look of jeans and T-shirts. For this album and tour, Bruce adopted a vocal style that was very raspy and rough sounding. However, I personally think that this was one of their better tours, and proved that the show could continue without Adrian.

Intro: Theme from 633 Squadron
Tailgunner
Public Enema Number One
Wrathchild
Die With Your Boots On
Hallowed Be Thy Name
22, Acacia Avenue
Holy Smoke
The Assassin
No Prayer For The Dying
Hooks In You
The Clairvoyant
2 Minutes To Midnight
The Trooper
Heaven Can Wait
Iron Maiden
The Number Of The Beast
Bring Your Daughter... ...To The Slaughter
Run To The Hills
Sanctuary