The Man in the Vinyl Mask 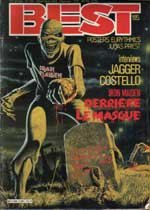 Behind the albums of Iron Maiden lies hidden all the expertise of a legendary producer: Martin Birch. As he has worked with Deep Purple, Rainbow, Whitesnake and a few other little bands, Herve Picart though that it was about time to let him out of the darkness of the studio.

After being the privileged craftsman of a first generation of British Hard Rock, Martin Birch is nowadays involved with the second batch, taking in his hands the musical fate of Iron Maiden, and this will apparently last. Many mentioned "Purple Number 2" when talking about Maiden because of the style of the lyrics, the intricate and fast melodies, and also because, coincidence or not, the band had recorded a Made In Japan/Maiden Japan and had taken on Purple's own producer. As far as Birch is concerned, there is no doubt: both bands have hardly anything in common, except the quality of their riffs, and both generations of British Heavy Metal are significantly different.

"At first, I could objectively judge them and I think that they are very different from the hard rockers of the early seventies. Nowadays, I'm not so sure I can judge them, as we have become very close friends and I can't do that anymore. The first time I saw them at work, I was surprised and seduced by their energy and their attitude. I have rarely seen bands with so much energy. In this way, they reminded me a bit of the early Purple. But their attitude towards rock is very different, and so is their conception of it. It was said that they were a second Deep Purple, but I don't agree with this. Obviously, Steve Harris was a Purple fan, but he's mostly influenced by bands like Jethro Tull, UFO or even Genesis. Nothing to do with Deep Purple. Of course, in both cases we have a very melodic hard rock, and not just speeded up noise like with some other bands in heavy metal, but I don't think we can compare any further.. 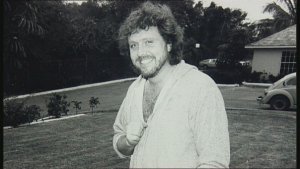 I personally wanted to produce them because it was a way out of the Purple family. There are in fact many differences. Musically, a band like Iron Maiden is typical of the second generation of hard rock and stands out from the first one because the band is more consistant, more compact. They don't fall into easy – and very boring – solutions with 20-minute guitar solos, then keyboards, then drums, like I experienced with Deep Purple. I think they're more robust, musically speaking. Another difference is their attitude towards the outside world. They are not into the 'star-system' and remain very accessible. Success has raised any barriers between them and the others, press, audience, which wasn't the case before. Moreover, they listen to you, and they are not convinced right away that they are right. This is why I think that this is my favourite band to work with, the relationship producer/band is much more constructive. Even within the band, although Steve Harris is the boss because he founded it and writes most of the songs, there is a great unity and nobody tries to stand out individually from the team. It's really nice, and mostly really exciting because their music is full of energy.".

What is also noticeable in Maiden's career is that, with each new album, a slight change of line-up constantly added some improvement to the band: "It's true that it's a band whose line-up changes quite a lot, which is a good thing in this case, as each newcomer brings a certain amount of freshness to each album. As Adrian Smith was as new as I was when I produced Killers, I can't compare with the guitar player he was replacing. But it's certain that Bruce Dickinson has improved the band as compared with Paul Di'Anno, who was isolated at the human level and who wasn't very productive. As for Piece Of Mind, the contribution of Nicko (McBrain) was tremendous. He really is a great drummer.

What is good with Iron Maiden, and that wasn't going to happen with Rainbow for instance, is that they always explain to me what the reasons are for the departures and arrivals, so I always remain within the band's logic and I find those changes quite natural. I understand their necessity because they were necessary. These guys never act on a whim."

This is obviously not Steve Harris's style, this fearsome bass player who leads the pack with so much lucidity and intelligence. But is he as well a tyrannical leader like Birch has known so many?

"Not at all!" states 'Black Night' "Well, it's obvious that he's the boss, even if he denies it himself. Iron Maiden, that's him. Moreover, the situation of the band made that, for a long time, all the song writing was down to him. Adrian Smith and Bruce Dickinson needed some time to settle down. As for Dave Murray, who's an excellent guitar player, well he doesn't write that much. He writes very little and he's very demanding. For Number Of The Beast, for example, everything was down to Steve. Nowadays, Adrian and Bruce are perfectly comfortable and they start to write, so there's a better balance. By the way, I think that Piece Of Mind is by far their best album, and not only because it's the latest release. The fact that we know each other much better now has improved the quality of our collaboration. In fact, I am now as comfortable with Iron Maiden as I was in the best moments of Deep Purple, and we've agreed to work together again for the next album."

So Birch remains faithful to his image of familiar producer, an image that he's the only one to have in the world of top-notch production.

"It's difficult to explain clearly why," he confesses. "I certainly think that you can only make the most out of a band if you know it really well, very much in depth. Occasional producers who make an album with a band, then move on to another, are bound to do something pretty shallow. The results are always brilliant, excellent at the time, but you realise later that the true colours of the band don't come out and the album loses quickly its prestige. I don't consider myself a super-technician, what I do is to me pretty simple, but the fact that I'm used to the bands I have worked with helps me to know instantly what they want, or even what they can achieve, even if they don't realise it clearly themselves. Or maybe bands trust me over long periods of time just because... (laughs)... just because they find me a particularly likeable character!"

In fact, if there is any link between Iron Maiden's devilish music and this quiet and smiling character, it must be that signing him him is like signing a pact with Satan: it lasts a lifetime. The advantage is, of course, that you get a hell of a sound! 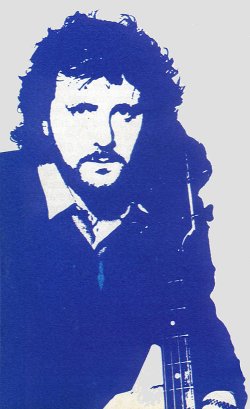 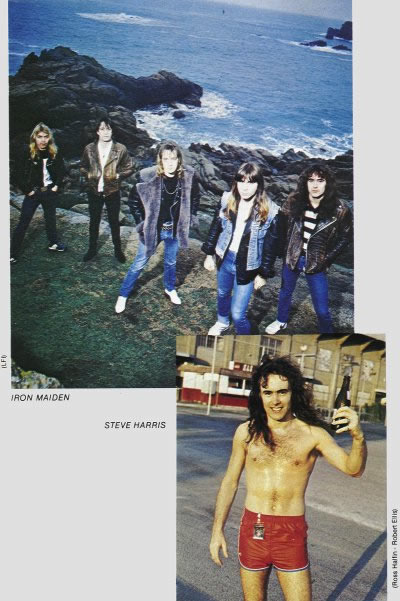 This Intreview is taken from the Iron Maiden Commentary