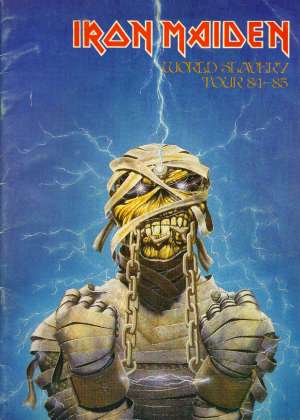 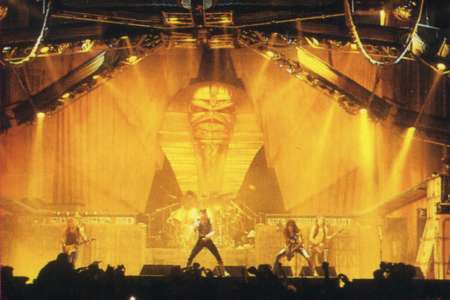 Powerslave tour was Iron Maiden's biggest tour ever, including biggest stage set, song list, duration of tour and most countries visited. This also marked the first time a major band formally toured European eastern-block countries, and was documented in the Behind the Iron Curtain video. This tour was chronicled in official audio and video releases named Live After Death (it is interesting to note that these releases came out a full year after the release of Powerslave, and the band was still on tour!). Some people consider Live After Death one of the best live releases of all time. The songs on After Death came from the unprecedented sold out, 4-night stint at the Long Beach Arena, and also from their sold out 4-night engagement at the Hammersmith Odeon in London. Another tour highlight was when Maiden headlined 1985's Rock In Rio show in front of 200,000people. For this tour the band played songs that had not been played in a long time, such as Murders In The Rue Morgue, and at one occasion even played Deep Purple's On The Water. The massive stage set featured more pyrotechnics than ever, and a giant-mummified Eddie. Iron Maiden was on top of the world, and they would never tour at this pace again.