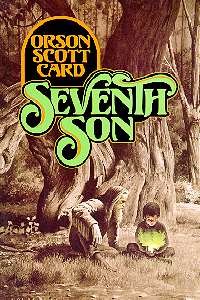 Based on the the Orson Scott Card fantasy novel Seventh Son, this song begins the concept portion of the album about the Seventh Son of a Seventh Son himself, the previous "chapters" being merely an introduction of the background of his conception and birth.

The song begins with the birth of the child who is heir to special paranormal powers, although his is unaware of them at first. Both Good and Evil consider him an instrument that could sway either way, but, as the powers belong to him, he should be given freedom of choice to use them. Healing and clairvoyance are his main attributes, and there is also an indication that the future is already laid down and cannot be changed no matter what: "So it shall be written, so it shall be done." This gives a clue about the following events that will lead to the trouble the Seventh Son of a Seven Son will eventually have to face.

This is another extremely complex song, with constant rhythm shifts. Especially notice the drum track, which brilliantly showcases McBrain's phenomenal drumming skills. The last half of the song is a brilliant instrumental, which begins softly with a spoken quote and then and slowly builds up to a climax. This is possibly the best instrumental since 'Phantom Of The Opera'.