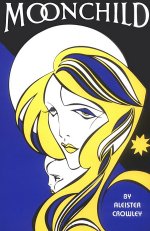 'Moonchild' is a magically inspired song, based on the Liber Samekh ritual by Aleister Crowley (18751947). The ritual is described as being a ritual employed by the Beast (Crowley) for the attainment of knowledge and conversation of his holy Guardian. Some of 'Moonchild''s lyrics are extremely similar to those in the ritual.

This is another perfect opener, setting a perfect mood for the rest of the album. The synth is a little heavy in the intro, but it blends pretty well.

Whereas 'The Number Of The Beast' had caused an uproar from religious bigots who had taken the title of the song at face value without bothering to understand the lyrics, 'Moonchild' caused some concern to some Christians who, unlike those who blindly condemn any work of art where mention of the Devil is made, had actually tried to go deeper into the lyrics and realised that they were based on Crowley's incantations. These shouldn't worry, as the inspiration of the Liber Samekh was necessary to set the scene of the Seventh Son story. It should also be pointed out that the so-called "satanism" does not involve any devil-worship the real satanists do not even believe in Satan! but rather a way of life where the human being is much more important than any dubious deity. In this respect, Satanism is closer the Buddhism or Taoism.

Those who would like to know more about Satanism and check out for themselves whether the allegations of dark rituals and human sacrifices are true or not are invited to visit the Church of Satan official website or the excellent Satanism 101 website. Simply keep an open but critical mind when you do. 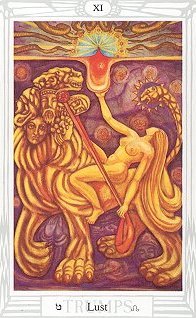 What does this introductory song tell us about the story of the Seventh Son? The "Bornless One" is obviously the Devil, known as the "Fallen Angel", or, as stated in the song, Lucifer. Quite interestingly, the name Lucifer means "Light-Bringer", and is the Christian equivalent of the Ancient Greek myth of Prometheus, the unfortunate Titan who made the mistake to give fire to the humans, just like Lucifer gave them knowledge. Both caracters were severely punished by their respective god who preferred to preside over a species of sheep-like hairless apes instead of the independent free-thinkers they had become thanks to Lucifer/Prometheus. (Many humans are still at the level of the herded woolly creatures, but there is no relevance in discussing this here.)

The Scarlet Whore mentioned in the song is also a deity in Crowley's pantheon. She is Babalon, the Scarlet Woman of the Liber AL vel Legis, and the Whore of Babylon, mentioned in the Book of Revelations. Although it is not clear why she appears within the context of this song, she is supposed to be the archetype of all possible experiences through desire and lust on all levels, including mind as well as body. She is supposed to always give and never take away from anyone or anything, and to become one with her is, according to Crowley, a form of self-love. She is the symbol of the free expression of the sexual, spiritual and worldly nature contained in all of us and, riding on the Beast, she represents the union with and gnosis of any person's "True Will." Babalon is not in any way linked to any kind of devil worship, but the knowledge of the wordly pleasures of Babalon and the "True Will" of the Beast are symbolic of self-awareness through pursuit of individual passions and interests, as well as acceptance of and indulgence in each individual's true nature. She is the symbol of the empowerment of women in particular, and of individuals of both sexes in general. The symbolism of Babalon and the Beast was used by Crowley in his doctrine of Thelema because the individualistic values they stood for were completely opposed to the traditional Christian doctrines of self-sacrifice and service to others. Crowley wanted to oppose the notion of accepting the hardships and limitations of life as consequences of the so-called "original sin," and therefore stood as an "Anti-Christ" in the older sense of the term. According to the principles that Babalon represents, people should fight back and overcome rather than sheepishly accept life's obstacles and hardships. They should adopt rational self-interest instead of selfless altruism as an ethical axiom, and above all, be true to themselves. The Seventh Son's altruism will be his end, as we'll see later in the story. Maybe he should have taken the way of Babalon instead of trying to save those who didn't want to be saved. 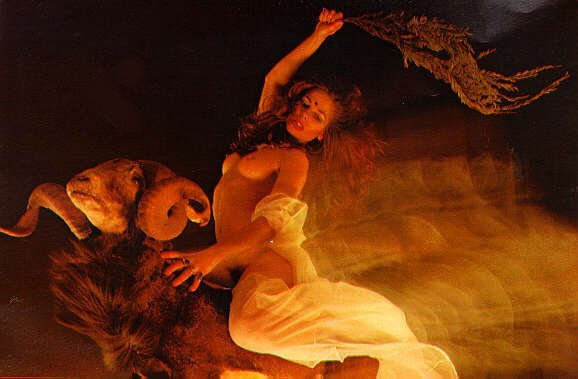 Aleister Crowley Moonchild Although he was a very prolific writer, Aleister Crowley only wrote very few novels. Moonchild (written in 1917 and published in 1929) is however one of them, and probably his most famous. The story is of course about the endless battle between the forces of Light and those of Darkness. A young girl is drawn into a conflict between two men and has to choose between them. In this book, Crowley gives a detailed description of the methods and theories of so-called modern Magickal practices, implying that Magick is a scientific reality and that it works. The author's own personality is revealed in the characters of the Good Magickal Masters.

Quite interestingly, Crowley's publisher was the Mandrake Press, based in London. The chorus of the song mentions that we can "hear the Mandrake scream." In traditions of old, the mandrake (Mandragora officinalis) has always been considered a plant with special powers. This superstition is based on the forked shape of the root which roughly resembles a human body. It was believed to grow under gallows, the ground having supposedly been seeded by the semen of hanged men (it is apparently a physiological fact that the snapping of the neck causes ejaculation). Some rituals were thought to be necessary to pull the root out of the earth and it was recommended to put wax in the ears beforehand, as the mandrake was supposed to scream when pulled free, provoking deafness or even death. The mandrake root was used for invulnerability, for discovering treasures and as a charm for pregnancy. When prepared appropriately, it could also be used as an aphrodisiac. It is nowadays known that the alkaloids contained in this root (one of them being atropine) are pretty potent and it is strongly advised not to use them in cases of heart condition or pregnancy. The story of the Seventh Son being apparently medieval, it is however quite likely that the mother was treated with mandrake roots during her pregnancy. But did it really benefit to the unborn child?

Many other religious or mythological references can be found in the song. The mother of the Seventh Son is obviously worried that she may give birth to some sort of monster, but Lucifer reminds her of the damnation that, according to the Christian myth, awaits those who commit suicide. Could it also be that the Fallen Angel may be the father of this child? He was after all also a seventh son himself and one of God's favourites before he got too greedy and was expelled from Heaven. However, the following few songs seem to tell us of the woes of the real father, himself a Seventh Son, who has some supernatural powers too, although not as strong as his seventh male child develop subsequently.

To sum up this first "chapter" of the story, we are here introduced to the parents of the Seventh Son of a Seventh Son, with the expectant mother being the centre of Lucifer's attention while Gabriel (the archangel who threw down Lucifer) is sleeping, leaving his angels to battle for the baby's soul. The kid seems to be cursed before he's even born...