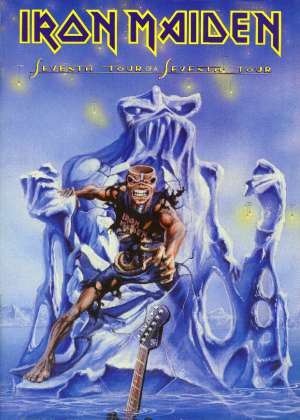 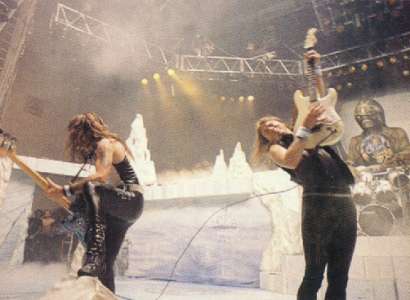 Maiden continued their on-the-road onslaught by touring in support of their concept album Seventh Son Of A Seventh Son. The stage set featured icebergs and a giant Eddie with his offspring. A landmark event for the band occurred when they headlined the Monsters Of Rock show at the famous Castle Donington Festival. There were no unaccompanied solos in this tour, but some old classics were revived like The Prisoner and Still Life. Their show at the NECin Birmingham was chronicled in the live video release (and limited CD release) Maiden England. Michel Kenney was returned in full costume to play the keyboard part during the title song. To some, this tour represented Maiden at the height of their powers, and was the last tour to feature Adrian Smith (until his return in 1999 that is).