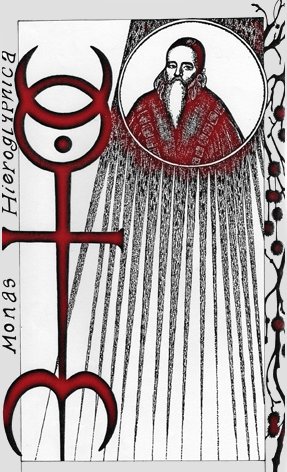 Janick Gers shows here once again his talent for writing fast, up-tempo songs. This one is extremely reminiscent of "Man On The Edge" and is delivered with all the efficacy Maiden is capable of. This is the only really fast song on the album, and it is in any case a very good little rocker!

The lyrics, once again courtesy of occult-enthusiast Bruce Dickinson, deal with the story of John Dee's life, a famous British mathematician and occultist of the 16th Century. This man seems to have coined the term "British Empire" ("My dreams of empire") for Elizabeth I, his "frozen queen", whom he was advising during her reign. He established the country's supremacy on the sea and oceans through his navigation expertise and Britain owes him a lot for his knowledge.

Sadly, he also dealt with more esoteric matters, like talking to angels, and was acquainted with a conman, Edward Kelly, who also claimed to have occult abilities and spoke with spirits. Kelly eventually persuaded Dee during a long visit abroad that one of the ethereal entities commanded them to share Dee's wife ("you have taken my wife and lain beside her"), which they did, eventually bringing an end to the two occultists' relation. When Dee returned to his English house at Mortlake after spending a few years in continental Europe, he found his house vandalised and the books of his very large library (one of the largest at the time) stolen for the most part ("I was the keeper of the books"). He died in poverty, but is remembered for being a great scholar, albeit a fairly gullible one who believed in spirits and angels. This unfortunate weakness that was exploited by Kelly who was apparently hardly any better than the crook portrayed in "El Dorado"..