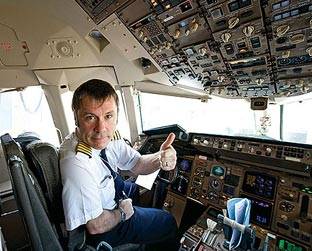 When it comes to so-called power ballads, Iron Maiden is a band that really stands out. Similar to "Out Of The Shadows" from a musical point of view – only maybe even more emotion-laden – "Coming Home" is actually about Bruce Dickinson's impressions when he flies Ed Force One back to the UK ("To Albion", this being the poetic name for England due to the white cliffs of Kent – Albus = white in Latin, a name actually coined by the French). We all know that Bruce's has been a keen flyer for many years and that he is nowadays a qualified commercial pilot (when he's not touring with the band!) who sometimes flies unusual missions like the airlift of British citizens from Beirut in 2006.

The description of the flight is amazingly poetic too, typical of Bruce's song writing. When you fly, there are indeed no more "borders that divide", and the crossing of the Atlantic can easily be compared to passing over the mass grave of so many sailors. All the images in the lyrics evoke what it's like to be flying, with this extra touch that only Bruce's poetry could bring.