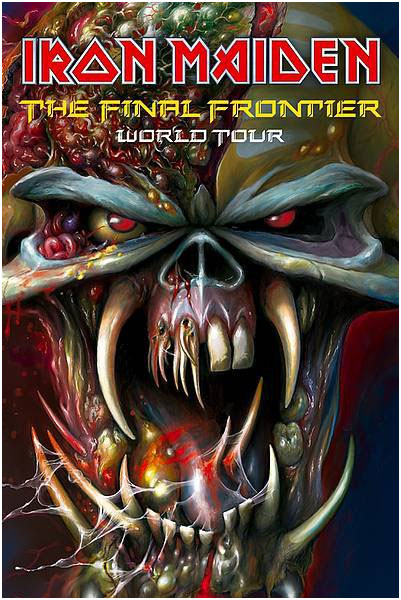 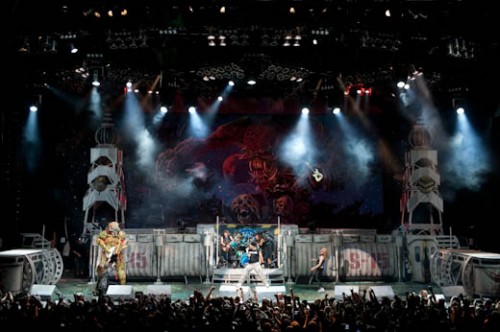 The Final Frontier WorldTour began on June 9, 2010 in Dallas, Texas. The tour comes in support of theband's 15th album, The Final Frontier. During the tour, the stage wasdecorated in a futuristic manner befitting The Final Frontier. Two large antennaedecorated the back corners, both topped by lights. A wraparound set surroundedthe band and provided a runway for Bruce Dickinson, ending in two podiums oneach side of the stage front. This included two curtains painted as doorsleading to backstage from which the band entered and left the stage."S-15" appeared multiple times on the set, a reference to"Satellite 15... The Final Frontier". As with previous tours, NickoMcBrain's drumkit featured a Sooty puppet, this time dressed in a spacesuit..