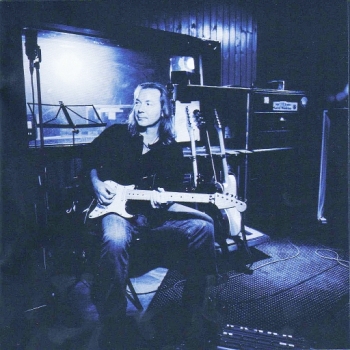 David Michael Murray is guitarist and songwriter best known as one of the original members Iron Maiden. He joined the band just two months after their inception in 1975.

As a boy, Murray was a fanatical football player and fan as well as a keen cricketer. But his family was poor his father was disabled and his mother worked part-time as a cleaner and the family never settled anywhere long enough for Murray to establish himself in any of the schools' teams he could have played for. By his reckoning, he had been to a dozen different schools by the time he left for good at the age of 16

Murray developed an interest in rock when he was 15 after hearing "Voodoo Child" by Jimi Hendrix on the radio. He got his first guitar and formed his first band, a trio called Stone Free. This band also included Adrian Smith (Guitar/Vocals) who would later become a member of Iron Maiden.

From there, Murray had played with a number of different bands before meeting Steve Harris and joining Iron Maiden for the first time in 1976. Murray was fired from the band briefly following an argument with then vocalist Dennis Wilcock. Murray rejoined Smith in a band called Urchin. During this short tenure with the band he recorded one single titled "Black Leather Fantasy". Following the single Murray left Urchin and returned to Iron Maiden as Wilcock had left the band during Murray 's hiatus.

Murray 's guitar style throughout his career has been mainly of the legato based solo variety. This can be seen in songs from their first self titled album, such as "Phantom of the Opera", to songs from their latest release A Matter of Life and Death, such as the new single "The Reincarnation of Benjamin Breeg". Murray 's sound and style can be distinguished from Janick Gers' and Adrian Smith's style, mostly because of his frequent use of the neck pickup. Murray has also written for the band, though not often compared to some of the other band members. Usually leaving lyrics to someone else, he has written songs such as "The Prophecy" and "Charlotte the Harlot".

Murray and Steve Harris are the only members of Iron Maiden to have appeared on every one of the band's albums. Dave recently had his birthday on stage at Earls Court on the 23rd of December (2006) where he had 'Happy Birthday' sung to him by the crowd and band.

In his spare time Murray is an avid golfer, as seen in the Rock in Rio DVD. Murray and his wife Tamar have one daughter named Tasha.

Throughout his career, Murray has used and endorsed Marshall Amplifiers and has used Fender Stratocasters almost exclusively. His black 1957 Strat (used from circa 1976-1990) now resides in a glass case at his home. Although he has been seen with the occasional Gibson, ESP, or acoustic, Murray 's primary instrument has primarily been a Stratocaster. He used the DiMarzio Super Distortion and [PAF] in his strats before switching to Seymour Duncan JB's and Hot Rails in the 1990's.