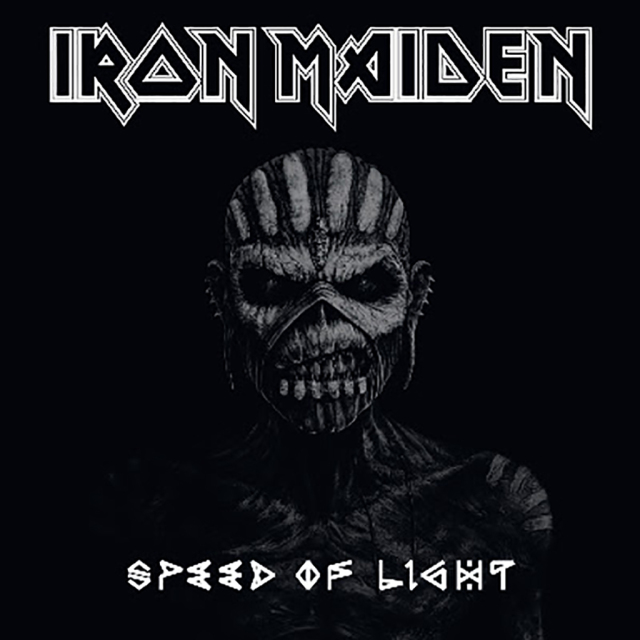 "Speed of Light" was released as a music video on 14 August 2015 and was also made available as a digital download and issued as a single-track CD exclusive Only available at Best Buy (USA). Box set includes a t-shirt and a coupon (get $2 off the album price).

Music video
The song's music video was directed and produced by Llexi Leon, creator of the comic book series Eternal Descent, as well as the virtual band of the same name. The video is an "'homage' to four decades of video gaming", centring on the band's mascot, Eddie, as he travels "through the combined 35-year history of video games". The visual effects were provided by The Brewery, who had previously worked on the films Sex & Drugs & Rock & Roll (2010) and Spike Island (2012), as well as the 2014 TV series Fleming: The Man Who Would Be Bond.