The Book Of Souls 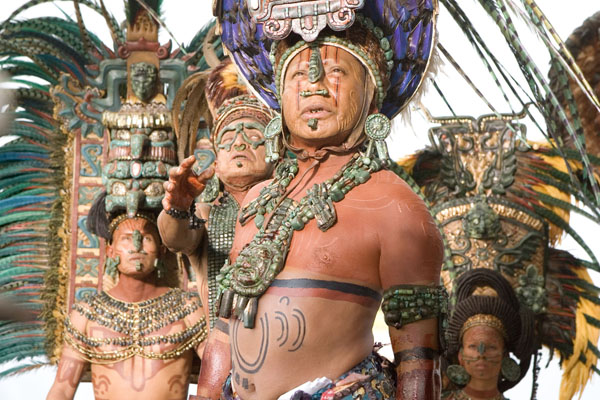 "The Book Of Souls" is the title track from Iron Maiden's sixteenth album. It draws inspiration from the Mayans, which subsequently led to the Mesoamerican artwork of the album. Co-writer Steve Harris stated that the Mayans "believe that souls live on [after death]", and Mayanist scholar Simon Martin, who helped the band with the artwork, said that while the civilisation had no Book of Souls, "the Mayans are very big on souls ... So as a title, it's appropriate to Mayan culture, but it's very much Iron Maiden's own thing."

Mayanist scholar Simon Martin clues us in on the civilisation that helped inspire The Book Of Souls.

As the expert who translated Maiden's song titles into hieroglyphs for the sleeve artwork, Simon Martin is well placed to fill us in on the history of the Maya.

"The Maya lived in Central America, including what is now southern Mexico," he explains. "They were identifiable from 1200BC, but their heyday was roughly 200-900 AD. Overtime, they became much more sophisticated and built larger and larger temples, made more complex artwork and created this incredibly elaborate writing system."

While The Book Of Souls Is not a tightly bounded concept album, it contains themes of spirit and destiny. A central figure in the Maya world was the god of maize, their staple diet. In an apt metaphor for agriculture, it was believed that the maize god had entered beneath the Earth and then undergone a series of trials in the underworld, before eventually rising (plant-like) into the sky. For the Maya people, the journey of the soul after death followed a similar path.

"It's very different from, say, the Christian sense of redemption," Simon explains. "You did your besting life, but the key thing was how good you were in surviving these trials in the underworld. Basically, everybody had to meet these lords of the dead who would effectively keep you there unless you could escape. And you didn't escape because you were stronger than they were - you escaped because you could outwit them."

A recurring theme in modern explorations of the Maya is human sacrifice, and in some of Maiden's new artwork, Eddie is pictured holding a bloody knife. Simon is keen to point out that the scale of this has been exaggerated in modern films (such as the Mel Gibson-directed epic Apocalypto), which are more inspired by the Aztecs.