The Red And The Black 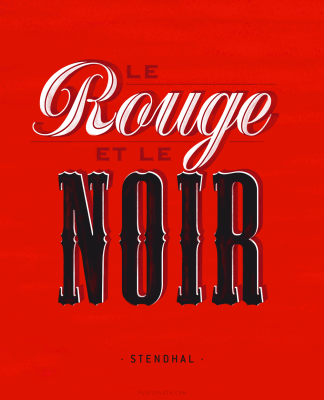 "The Red And The Black" is the 4th song from Iron Maiden's album The Book of Souls. It was probably inspired by eponymous 1830 French novel Le Rouge et le Noir, about a man trying to rise up in the social ladder through hard work and is eventually betrayed by his passions. Given red and black are the colors of playing card suits, references to those also show up.

I've written a few like that in the past, and Bruce does freak out a bit about it. I'll write all these words and he'll go, "I can't fucking sing that!" I'm not a singer so I'm not aware of how tough it is to sing this stuff. In my opinion, Bruce is such a great singer he can get his head around anything. Sometimes he does get the hump with me, and fair enough. I understand why he gets frustrated. But he usually ends up doing what I want him to do. He's cool with it all.