If Eternity Should Fail 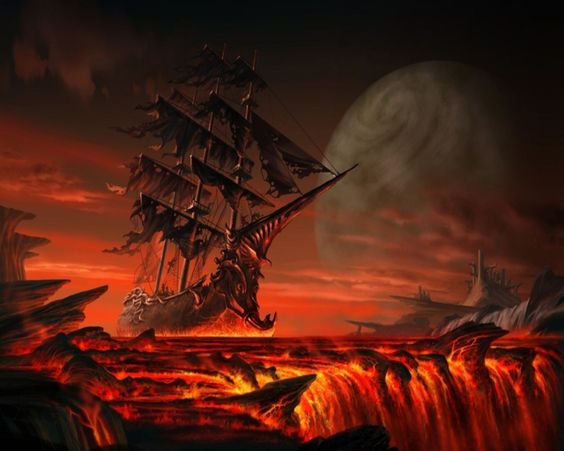 The demo was done and the band just copied what Roy [Z, along time Bruce collaborator] and I did in his bedroom. In fact, the little keyboard bit in the beginning is me in Roy's bedroom.*

The spoken word at the end of the track is actually the beginning of the story line [for Dickinson's solo album], and introduces one of the characters, Doctor Necropolis. And I said to [bassist] Steve, 'Does it matter that there's this spoken word and then nothing else happens for the rest of the album?' And he goes, 'It doesn't matter, it's talking about souls, it sounds great.'

Dickinson described "If Eternity Should Fail" as being about a machine designed by the evil Dr. Necropolis that steals the souls of men. The opening of the song describes the taking of a soul. The white clothing signifies the soul's purity.

Dickinson contrasts the scientific with the primitive in the description of the operation of the equipment. Instead of running numbers or conducting experiments, Necropolis speaks with a shaman or jester and sees/hears the black dog (an omen).

In the Chorus Dickinson again uses the primitive in relation to the scientific. Reefing a sail is a method of folding the canvas of a ship's sail in on itself to improve performance. The edge of the world could refer to a primitive belief in a flat earth. Waiting for the end of the world describes a religious belief in apocalypse. The failing of eternity refers to the stealing of the soul by Necropolis.

Together, what the chorus expresses is an anxiety over the future of the soul. The soul is held in a kind of religious belief that is overthrown by Necropolis' foreign machine.
Putting stock in the belief of divine salvation is described as nothing more than going full speed into oblivion or passively waiting for the end if science is able to overcome the eternal.