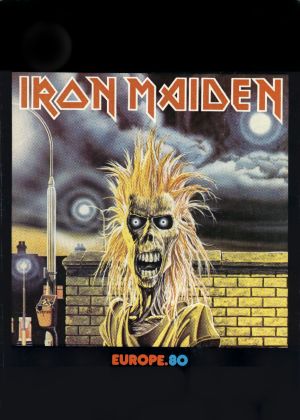 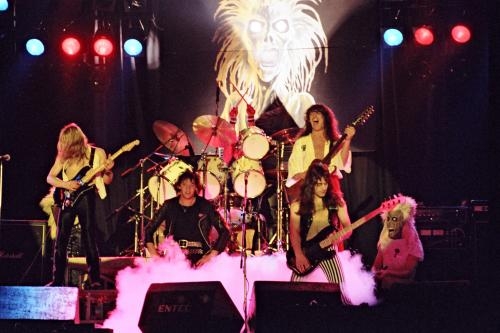 Immediately after the end of the Metal For Muthas tour, Iron Maiden received the chance to open for Judas Priest's British Steel tour. While on tour in the U.K. with Judas Priest, Maiden's debut studio album Iron Maiden, was released, which exploded into the charts at number 4! When the British Steel tour ended, Maiden performed an extensive U.K. tour of their own, which included four sold-out dates at the Marquee in London and an appearance at the prestigious Reading Festival. Then in August Iron Maiden joined Kiss for their European tour, but did not open for Kiss in the U.K, since they had already completed two U.K. tours already that year. It was while touring in Europe with Kiss that it became evident to the band that Dennis Stratton's musical direction was incompatible with Maiden's, and in the autumn Stratton was replaced by Urchin guitarist Adrian Smith. The last gig of the year occurred in December at London's Rainbow Theatre while the band was in the process of recording the Killers album. Despite technical problems which forced the last half of the show to be played twice, Maiden succeeded in recording the footage of what was to become the first Iron Maiden video.

During the Iron Maiden Tour, Maiden headlined some U.K. shows as well as opening for Kiss, UFO, Judas Priest and Humble Pie. They also may have played with some of the bands listed in the previous tour.

The following setlist is from their Reading Festival appearance. I don't know much about the setlist for the U.K. and European tours, but since they were mostly an opening act it was probably not much different from this.

Songs Played only on few shows
Women In Uniform