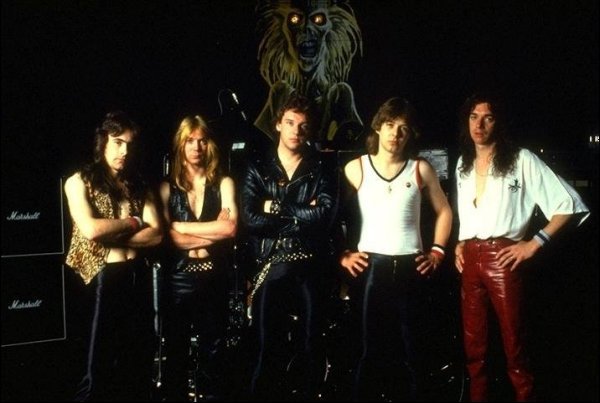 This was Iron Maiden's first full-length studio album, although it contains a couple of re-recorded versions of tracks from The SoundhouseTapes. Most of the songs on this album had been played by the band during the previous several years during their endless series of small gigs at various clubs and pubs around London . For this reason, the album contains a wide range of material that is not really unified into any specific theme or style. The sound is also a bit different from the later albums to which most Maiden fans are accustomed, but after several listens their unique power and depth begin to sink in. This is particularly astonishing because although Will Malone was officially the producer for the album, he never contributed much and the album production was mostly done by the band and the recording engineer. So although the production is a bit primitive, the album virtually explodes with raw energy and power. Several of these tracks have become Maiden classics and still almost mandatory at every Maiden concert..

The original album and CD pressing (cat.-no. CD-FA 3121) is an 8-track albumomitting "Sanctuary," which was a bonus track on the U.S. version.
Lineup:

All titles composed by Steve Harris except tracks 2 & 3 (Harris & Paul Di'Anno) and track 7 (Dave Murray). The track numbers above are on the original version, thus not counting Sanctuary.

Remastered by :
Simon Hayworth at Chop 'Em Out (1998 re-release)

Thanks to Neal, Loonhouse and the Bandwagon 'eadbangers, Joe Luissi and all at the Ruskin, Doug Sampson, the long-suffering road crew (Crazy Baldhead (Vic Vella), Pete "I don't need all this" Bryant, Dave Lights and Loopy), Gross Halfwit, and all at Cowbell, Crazy Ken and the one percenters. Hammers rule O.K.

Email: This email address is being protected from spambots. You need JavaScript enabled to view it. (1998 re-release)