THE ARTWORKS FOR THE IRON MAIDEN ALBUM - 1980

Steve and the band were trying out different things to incorporate in their stage shows a long time before the first Eddie appeared on an album cover. After Dennis Wilcock (a former vocalist) left the band a guy named Dave Beasly took over the whole stage act thing, and he soon got the nickname Dave Lights because of his almost insane ideas to improve the stage show with things like gunpowder, flower pots, lights and even vacuum cleaner parts. Once he it placed in the fund of the stage, beside the logotype of the band, a great mask that had acquired in an art academy and he used an aquarium air-pump to pump artificial blood through the mouth during the song Iron Maiden. The fans gave to the puppet the name of Eddie The Head, based on a well-known plenty joke at that time which goes something like this:

A woman had given birth to just a head, the doctor told her she
needn't worry since he would come up with a suitable body for
good 'ole Eddie within a year or five. So five years later Eddie's
father entered the room on Eddie's birthday and said:

"well today's your birthday, and boy do we have a surprise for you!"
after which Eddie replied: "Oh no!, not another bloody hat!"

Eddie became the registered mark of the band but he was still only that head on the stage and nothing more, that is until the band hired Derek Riggs, through their manager Rod Smallwood, to designed the long awaited body for Eddie. The band decided to keep the "new" Eddie's appearance as a secret for everybody until the first album, therefore the Eddie which appears on the Running Free sleeve, is standing in the shadows. 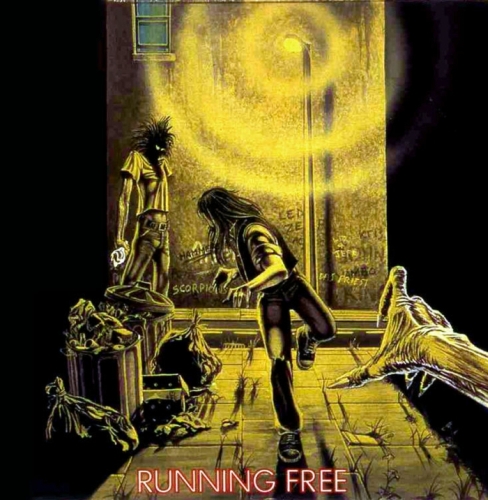 Here you can find the famous Derek Riggs signature for the first time. Its on a box near the trash can. The same signature can be found on every Riggs painting for Iron Maiden. Maybe this is the reson why its mistaken for the symbol of the band itself.. 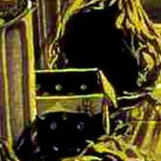 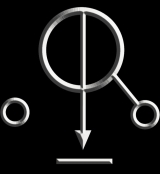 The first album indeed featured the face of Eddie, it was still a 'weird' Eddie and Derek soon changed his face. 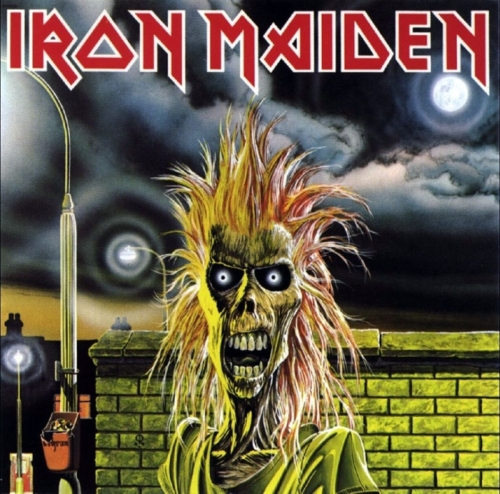 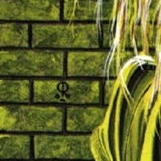 It wouldn't take long before Eddie appeared in the British newspapers and caused his first controversy, this was due to the "Sanctuary" sleeve (left photo) on which Eddie stabbed Margaret Thatcher, British first-minister, to death because she had torn an Iron Maiden poster off the wall. The later releases of the Sanctuary sleeve had to be censored, therefore a black bar was drawn over her eyes, this bar only appeared on the British releases.On this single you can find the signature on the piece of poster on the wall which Margaret Thatcher ripped off.. 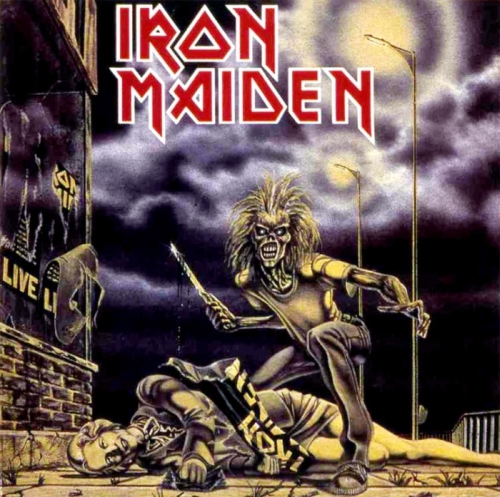 Maggie's revenge was swift though, judging from the "Women In Uniform" sleeve (right photo), on which she's waiting in an ambush to shoot Eddie with a machine gun. This sleeve caused a second minor controversy because a handful of outraged feminists accused Maiden of sexism since Eddie was walking arm in arm with a nurse and a schoolgirl, no one really took this protest very serious though. Here you can find Derek's signature on the wall below Maggie's hand 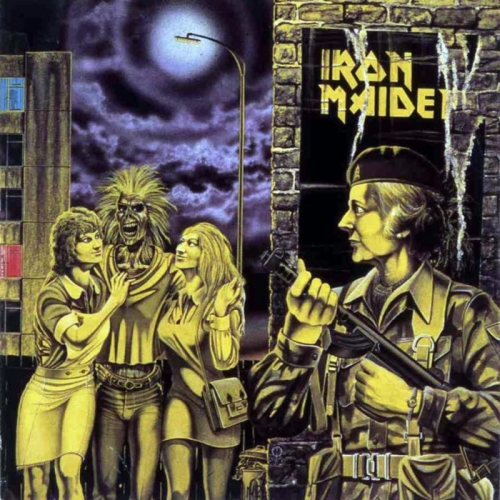 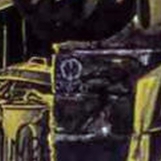