Twilight Zone / Wrathchild was released as a double A-side, and was the first single from the new Killers album. The single made to number 31 in the U.K. charts, which was their second best showing to date (next to Sanctuary). Once again, the Derek Riggs artwork for the single is supposed to have ignited controversy and charges of sexism from members of the media who had not bothered to understand the meaning of 'Twilight Zone'. And as usual, the controversy merely drew more attention to the band. In the music business there's no such thing as bad press. Twilight Zone was also Adrian Smith's first single with Iron Maiden.

Twilight Zone (Murray, Harris)
'Twilight Zone' was originally intended to be a B-side, but it turned out to be so good that the band released it as an A-side instead. According to Nicko, the band's producer, Martin Birch, was absent from this particular recording session and the band produced Twilight Zone themselves. This is the same version as the one that appears on the 1998 re-edition of the Killers album.

Wrathchild (Harris)
This is the same version as on the Killers album. 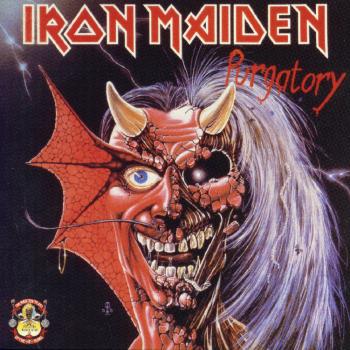 Iron Maiden's fourth single, Purgatory, did not do as well as other and failed to break into the Top 50 in the U.K. charts. The sleeve picture of The Number Of The Beast album was originally intended for the Purgatory single, but the band felt that the picture was just too good for merely a single, so Derek Riggs did this Eddie-devil picture to replace it for the Purgatory single.

Purgatory (Harris)
This is the same version as on the Killers album.

This is the same version as on the Killers album.

Maiden Japan was recorded on Iron Maiden's first Japanese Tour (21st24th May 1981) and was released as an EP, with the American version containing 'Wrathchild' as a bonus track. It was moderately successful, reaching 43 in the U.K. charts. Apparently there is no easy way to translate the pun "Maiden Japan" ("Made In Japan", for those who are not familiar with the English language) into Japanese, so the Japanese version of the EP was instead entitled Heavy Metal Army.
In my opinion, the Maiden Japan EP is excellent. All of the songs sound great, although there isn't as much guitar separation between the left and right channels as I'd probably prefer. Paul Di'Anno sounds good too, which is ironic since these were his last days with Maiden, during which is voice was continually giving out and causing problems. An extremely rare Venezuelan pressing of the EP actually shows a Riggs painting of Eddie holding Paul's decapitated head, confirming his departure from the band. In any case, for me the Maiden Japan EP is the highlight of the First Ten Years box set.