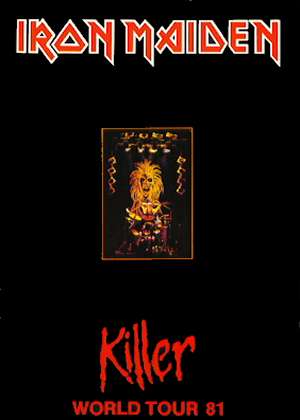 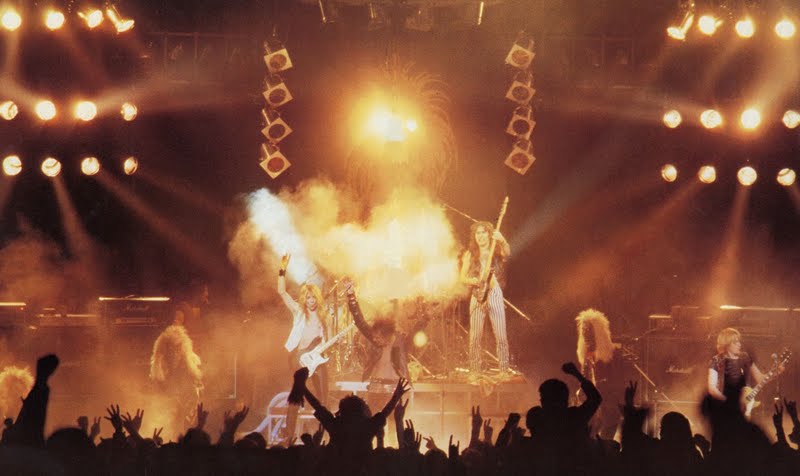 The  Killers tour saw Maiden evolve from a successful club act and opening act into a blistering headlining act. One of the most important line-up changes had taken place with the arrival of ex-Urchin guitarist and long-time friend of the band, Adrian Smith. Adrian wasn't just a "second" guitarist, but a talented player and songwriter who would help define the sound of Iron Maiden time and time again. The band toured the world, opening for different bands for the most part, with a headlining tour of Japan and a few headlining shows in the U.S. The set list was evenly distributed between songs from the  Iron Maiden album and from  Killers, and there were both unaccompanied drum and guitar solos (by Dave) in the set. During this tour Iron Maiden recorded and officially released the  Maiden Japan live E.P. in order to give record-buyers a sample of their live sound at this point (the E.P. only contained 4 or 5 songs, depending on where you bought it). As with Denis Stratton in the previous year, Maiden began to experience problems with singer Paul Di'Anno during the tour, which eventually led to his replacement by Bruce Dickinson, which changed the face of Iron Maiden forever.

During the tour, Maiden played with bands like JUDAS PRIEST, UFO и FOREIGNER, TRUST, MORE and others

Note that 'The Ides Of March' was not played live on this tour, but instead was played from a tape as an intro for the band.

Strange World
I've Got The Fire

22, Acacia Avenue
Children Of The Damned
Run To The Hills
The Prisoner